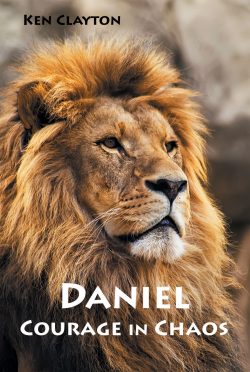 Buy at Barnes&Noble Buy at Amazon

Author Ken Clayton was moved to write Daniel: Courage in Chaos when he realized the amazing similarities between Daniel’s time and the chaos in our time. And, just as Daniel found the courage to face the chaos in his life, so can we.

So, how was Daniel able to not only to survive but thrive in the midst of this chaos? “In the chaos,” Clayton notes, “Daniel exhibited great courage.” His courage, he explains, came through having a strong faith in God Almighty.

“In the Book of Daniel, we see the faith of Daniel exhibited in extreme circumstances,” Clayton asserts. “Daniel wanted others to know that the Lord God Almighty was the only true God and that He ruled in the affairs of humanity.”

Clayton is the author of 7/7 The Key to Understanding the Gospel of John.