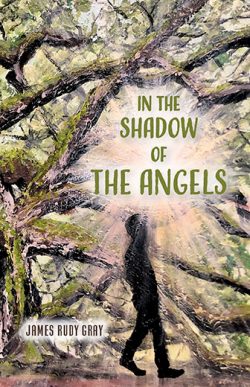 Do Christians ever encounter angels?

Courier Editor Rudy Gray believes they can, and sometimes do — though people may not always be aware. In fact, Gray believes he and other members of a missions team from a church he pastored may have encountered one in human form on a plane.

“Angels are real, and they are all around us,” Gray asserts in his latest book, “In the Shadow of the Angels.” He maintains, “We may never see an angelic appearance, but we can be certain of their powerful and benevolent presence.”

When used as a verb, “shadow” means to follow someone closely or secretly, Gray observes, explaining the book’s intriguing title. “Angels shadow us,” he continues. “The angels watch us, follow us, and get involved in this world as directed by God — and that’s when it gets interesting! Throughout human history, stories of mysterious visitors, miraculous interventions, and unimagined results abound.”

“In the Shadow of Angels” contains several of these incredible accounts from South Carolina Baptists who believe they, too, may have had encounters with angels.

A highlight of the book, however, is a powerful recounting of how an angel intervened in Gray’s own life-threatening experience while returning from a mission trip to Honduras. Other members of the missions team thought he had died, yet Gray was revived and walked off the plane under his own power.

Weeks later, some close friends told Gray how a mysterious woman wearing blue jeans, a brown leather jacket, and a baseball cap had stood over his shoulder while doctors helped him. “Was this person one of God’s angels?” Gray wonders now. “I think so. I believe God sent an angel into my life, although I never saw her.”

While such stories might sound weird or incredulous, believers really shouldn’t be surprised. “Angels serve believers because of their great love for God,” Gray reminds readers. “It appears they not only have a tremendous interest in spiritual things, but also in the physical and material well-being of God’s children,” he concludes.

“As you would expect from a pastor-theologian like Dr. Gray, he provides a biblically sound overview of the subject of angels,” Pickens First Baptist pastor Fred Stone shares in the book’s Foreword. “He does a great job of correcting some of the common misconceptions about angels by providing clear, straightforward, biblical teaching. When it comes to what might be called ‘gray matters,’ he points out relevant Scripture, provides opinions of respected Christian authors, but wisely leaves questions the Bible does not answer unanswered.”

Stone adds, “It is my prayer that God will use this book to increase your knowledge of the Bible’s teaching about angels, and to increase your awareness of how God continues to use angels in our lives today.”

“In the Shadow of the Angels” can be ordered at left or by calling toll-free 1-888-667-4693 [$1.95 shipping/handling per book; call for discounts on multiple books]. Also available through major online booksellers Amazon and Barnes & Noble.

All proceeds will go to support the ministry of The Courier.