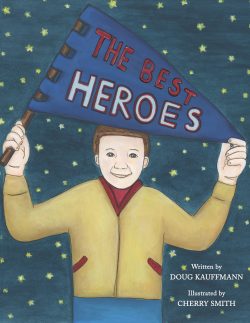 Doug Kauffmann, retired pastor of Connie Maxwell Baptist Church, has released an illustrated children’s book based on a cherished memory of a magnificent frigid day he spent with his father at Yankee Stadium in December 1962.

“The Best Heroes” is the story of a father and son who attend the NFL Championship Game between the New York Giants and the Green Bay Packers. During the course of a wintry afternoon, the son discovers the important truth that not all heroes wear shoulder pads.

“That game has always been special to me,” said Kauffmann, “not for the outcome, but for the affection I enjoyed and gained for my dad. At my father’s funeral, I told the story as a tribute to two of my dad’s best qualities: creating possibilities for others to learn and succeed, and being protective of the well-being of others.”

A portion of the book’s proceeds will support Connie Maxwell Children’s Ministries. To purchase “The Best Heroes,” visit conniemaxwell.com/heroes. Suggested donation prices are $25 for hardcover and $15 for softcover.

Connie Maxwell president Danny Nicholson said the book is a reflection of Kauffmann’s compassion. “Doug Kauffmann’s life has been a testimony to thousands of children — not only by beautifully illustrating his father’s love for him, but in showing the love of Christ to all Connie Maxwell children through the years.”

“The Best Heroes” is illustrated by Cherry Smith of Greenwood, author and illustrator of “Juniper Jupiter: World’s Greatest Juggler,” and “Sleepwalk Jones.”

Hello, My Name Is Barkley 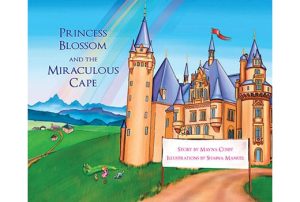 Princess Blossom and the Miraculous Cape 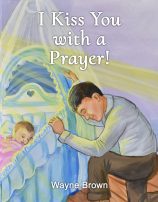 I Kiss You with a Prayer! 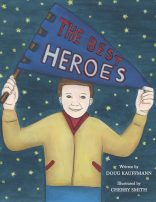