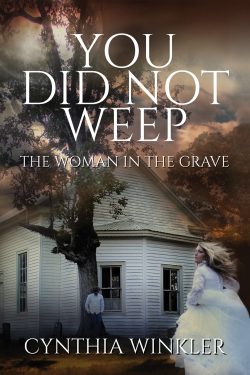 Cynthia Winkler, a crime and mystery author who writes from a Christian worldview, has produced her fourth novel, You Did Not Weep: The Woman in the Grave.

The novel unfolds as Scott Conway tries to make sense of a murder in his family that occurred before he was born. Harrison O’Kelly, a grizzled veteran detective, and Savannah Bibb, an ambitious ATF agent, join forces in an attempt to unearth mysteries long buried in Benton County.

Great-Uncle Seth is a fond memory from Scott’s childhood — until the long-deceased Seth appears before Scott in the cemetery on the evening after his grandmother’s funeral. Seth leads Scott to the unmarked grave of his Uncle Lukas, a relative he didn’t know he had.

Scott’s encounter with his dead great-uncle doesn’t end with a visit to a grave, however. Seth guides Scott into the past to witness a murder that occurred before he was born. Was that even possible? No reasonable man would believe it, but how else could he have known where to find the body? And who was the woman buried with Lukas? Was it Millicent, who dances with Scott in his dreams, or the illusive angel who walks down by the water? There are no answers in the grave.

And what does a missing family heirloom have to do with the attempted murder of Detective O’Kelly and his informant?

A swirling confusion of dangerous situations brings Scott and his sister, Elaine, face to face with an angry detective looking for answers — before an internal affairs investigation labels him a dirty cop.

ATF Agent Savannah Bibb is in a good place in her life. Her last case has been solved, thanks to a clue she discovered, and her team has given her the recognition. She’s not the “new guy” in the Seattle office anymore. And then there’s the great-looking guy who’s showing her a lot of attention. Her apartment is coming together, new friends calling her … so why is she miserable?

These are the thoughts running through her mind just before her world turns upside down. The biggest punch in the gut comes in a flurry of bullets on her day off. An impasse of unacceptable conclusions is leading her back home — and back to her mentor, who is in trouble. 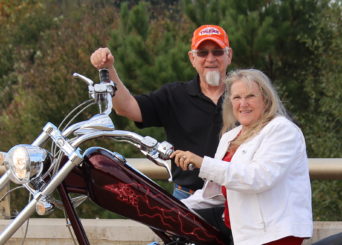 Cynthia Winkler and her husband, Paul.

“Guilt by association” … there was a verse about that in the Bible. Her grandmother used to quote it to her. But why would a decorated police officer in a small town clear across the country suddenly become the target of an investigation that involved her? It is a question Savannah can answer only if she goes back — back to the small town she worked so hard to find a way out of. And, if she left, would it be seen as an admission of guilt?

Cynthia Winkler is the author of three previous novels: Pieces of Silver, Iron Chariots and When the Manna Ceased. She also is an award-winning poet and expresses her love for the Scriptures as a Bible teacher and as a volunteer in a Christian after-school program for children. She resides in Fair Play, South Carolina, with Paul, her husband of forty-plus years, where they attend Earle’s Grove Baptist Church.

You Did Not Weep

The Woman in the Grave 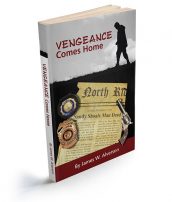