Anthony Burger, 44, known to gospel music fans as the energetic pianist on Bill Gaither’s popular Homecoming television broadcasts, died suddenly Feb. 22 while performing aboard a cruise ship in the Caribbean. 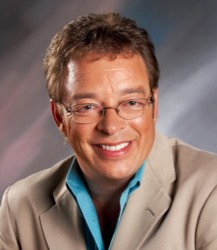 He had just finished playing a song with the Gaither “homecoming friends” when he collapsed onstage. Backstage efforts to revive him were unsuccessful. A medical examiner concluded that he suffered a massive heart attack.

He is survived by a wife and three children. He also leaves behind many “who have grown to love him, in and through gospel music,” according to a statement posted at www.gaither.com.

“These are his musical family, who will greatly miss his quiet demeanor, his patient personality and his genuine love for them and the music he was blessed to play for practically his entire life.”

Burger was born June 5, 1961, in Cleveland, Tenn. As a young teenager, barely 16, he joined one of gospel music’s most popular quartets, The Kingsmen, and by 17 was nominated as one of the top five pianists in gospel music. He earned the award by subscribers of The Singing News Magazine for 10 consecutive years, from 1980 through 1989, before the award became known as the Anthony Burger Award.

Burger, who lived near Nashville in Brentwood, Tenn., released many albums and videos of his piano music. His records included renditions of “Old Time Religion” and “Hallelujah Chorus” alongside secular classics like Debussy’s “Clair de Lune.”

Two Gaither albums and videos featuring Burger are currently in the top 10 on both music video and contemporary Christian album sales charts. “Gaither Homecoming: Live From Toronto,” has Burger’s “Shout to the Lord/Rhapsody in Blue Medley,” and “Canadian Homecoming” features his “Gettin’ Ready to Leave This World.”

Also this year, Burger’s album “A Tribute to Bill and Gloria Gaither” was nominated for the Gospel Music Association’s Dove Award in the instrumental album category. Another album, “New Born Feeling,” was nominated in the same category in 1997.

As a small child, Burger fell onto a furnace grate and was burned on his hands, legs and face. He said in a biography on his website that “gradually, the Lord healed my hands because he had a job for me to do.”

“I am a simple man, with a majestic instrument and the power of God behind me,” he said.