Mt. Ebal Baptist Church, Batesburg, has served its community for the past 175 years. The church was constituted in 1832 with a membership of 37.

Reminiscent of an earlier era, some of Mt. Ebal’s members enjoyed dressing in period clothing and driving vintage cars to the anniversary celebration.

Oldest records indicate that elder Zedekiah Watkins preached the first sermon at the new church. Mt. Ebal was later to be the site where Elder Watkins was to preach his final sermon. On Sept. 25, 1867, Watkins died in the pulpit while preaching at Mt. Ebal. He is buried adjacent to the sanctuary.

Prior to the Civil War, services were often two to three hours in length. “Protracted meetings” – or revival services – were held seven days a week and were often three to four weeks long, with several preachers sharing the preaching duties.

Throughout the early years, Mt. Ebal, as was the case with many neighboring churches, was characterized as a church of deep religious conviction and extremely strict church discipline.

Early church records, dating back to 1867, indicate that such practices as dancing, “twistification,” gambling, playing the fiddle, and the “like” were all considered “worldly” deeds which merited disciplinary action by the church.

Mt. Ebal has seen some face-lifts during the past 20 years. In 1987, a steeple was added to the sanctuary, and in 1992 a proposal was brought before the church to begin a series of phases to remodel Mt. Ebal.

Phase 1 was to build an activities building to be used for worship services while the sanctuary was being renovated. It is now used extensively for church activities throughout the year. 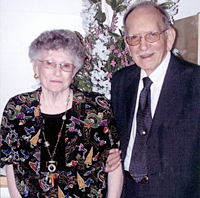 Rev. and Mrs. James Harley returned for the 175th anniversary. Harley, who delivered the homecoming message, was the first full-time pastor at Mt. Ebal.

Next, the sanctuary was remodeled, which involved bricking the wooden structure and adding a front porch with columns to the building. These phases were completed in 1994.

Then, a new baptistry and choir loft were added behind the pulpit area of the sanctuary, as well as adding new classroom space. These were completed in 2000.

Mt. Ebal has come a long way from a brush arbor and from baptizing in Plato Kneece’s pond or a spring-fed outdoor baptistry to today’s current buildings. It has given more than $90,500 in missions offerings since 1967 and more than $268, 000 to the Cooperative Program since 1925.

The congregation has changed as well, growing from a few families to reaching out to the surrounding community, said pastor William Paulling. “As the church celebrates its 175th anniversary, it has continuing opportunities to reach out to the world as a godly example.” 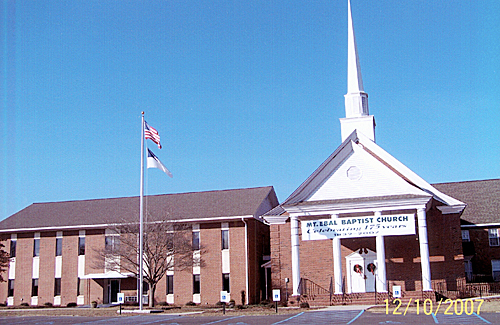