Parents who remember the “Wonderful World of Disney” and nostalgically long for the days of weekly family-friendly TV movies may not have to wait much longer. 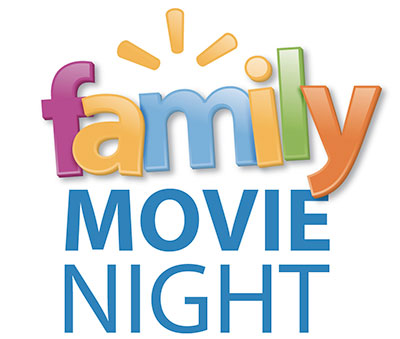 For now, though, they’ll have to settle for a semi-monthly family movie night, and it’s not Walt Disney at the forefront but Walmart and Procter & Gamble, two of America’s largest corporations. The goal, representatives of the two companies say, is to get to a point where they can release the made-for-TV films weekly, but that will only happen if the semi-monthly releases are successful.

The joint venture actually began last year but re-launched April 23 with the broadcast of the comedy “Truth be Told” (starring Candace Cameron Bure) on Fox. It’s the fifth film in the initiative. Other films will follow June 11, Aug. 6, Sept. 3 and December (the date is not yet set). As part of the re-launch, the venture has a new website FamilyMovieNight.com) to accompany its Facebook page (Facebook.com/FamilyMovieNight) and Twitter feed (Twitter.com/FMNIB).

It is, entertainment observers say, the best-funded initiative in years – perhaps decades – with the goal of getting a permanent weekly family-friendly movie night on TV.

“That’s why they don’t put family programming on. ‘If people wanted to watch it, we’d have more of it on our networks’ – that’s the case that they make every year. We’re trying to topple that fallacy,” Simon told media members in February at the National Religious Broadcasters convention.

The commercials, too, will be family friendly, Simon said.

“It’s all tuned to moms and families so she won’t have to dive for the remote control even for the advertising,” he said. “Our hope, as advertisers, is that Mom really loves the ads.”

Obviously, Walmart and Procter & Gamble want to make money from the venture, and their products are placed in the films. The partnership began when representatives of the two companies examined research showing that parents are looking for more family-friendly options. Walmart and P&G then conducted their own study that showed:

– 69 percent of moms “said they wished there were more family-friendly TV programs that they can enjoy with their kids.”

– 75 percent of moms said they have had “to change the channel because of inappropriate content in a program they thought was family-friendly.”

– 71 percent of parents “would go out of their way to find these types of programs.”

The films so far have had moderate success. “Secrets of the Mountain” and “The Jensen Project,” both of which aired last year, drew 7.5 million and 4 million viewers, respectively. The goal, though, is to draw 10 to 20 million viewers, forcing Hollywood to take notice.

Brian Wells, chief creative officer of Flyover Studios, which is part of the project, said those involved “feel like we have a window of time to get this thing off the ground.”

“We’ve got people at a very high level at both of these corporations – Walmart and Procter & Gamble – who are supporting this,” Wells said at the National Religious Broadcasters meeting. “But people at that level don’t stay in that position forever … . When you show up and watch, not only is Nielsen watching you, but Procter, Walmart, Coca-Cola, Pepsi, NBC, Fox – they’re all watching who is watching this as well, and they’re just kind of sitting back … watching and saying, ‘OK, we’re going to give this a shot and see what happens.’?”

The movies, Wells said, are not Christian movies. “But we feel like every single thing we’ve done is after the heart of God,” he said. “It’s trying to build up in families exactly what God is looking to build up here.”

There are executives at Walmart and Procter & Gamble who “have absolutely put their career on the line to make this happen,” Wells said. The influence of the two companies nationwide is huge: Walmart was the No. 1 company on the most recent Fortune 500 list, P&G No. 22. There are, Wells said, “some awesome folks supporting this.”

Simon once worked as a brand manager for Clearasil, and he saw the power of television. If the company wanted to promote its product, it would buy more commercials.

“Why? Because that little 30 seconds, if it’s good, motivates kids’ behavior,” Simon said. “How can we pretend that the other 44 minutes or 22 minutes is not? That’s how we’re coming at this.”

Television is “significantly more influential in the lives of families than” theatrical movies, he said. If the initiative is successful, it could change how Hollywood makes movies, he said.

“We do think it will change the paradigm of entertainment overall,” Simon said. “… We do believe that it will impact an entire generation of kids and families.” – BP