For years I assumed that criticisms of pastors and other church staff members was just part of leadership. Indeed, no leader, to my knowledge, has ever been spared the verbal or written jabs of the critic.

So my advice has been for the leader simply to move on — to focus more on the vast majority who are supportive of him than the relatively few not-so-well-intentioned dragons. Now I’m not so sure my former advice is sound. The level and frequency of criticisms toward pastors and other leaders has increased significantly in the past several years. 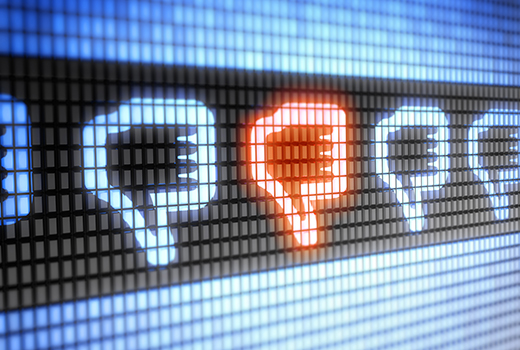 I call this resurgence in criticisms the “Great Distraction” because it often causes leaders to lose focus on leading their churches in the Great Commission. And though any rationale used to explain the increased negativity is subjective, my observations of working with churches for more than 25 years lead me to a couple of conclusions.

First, the standards of church membership have been low in many churches for many years. As a consequence, our churches have more and more unregenerate members. Frankly, I would not be surprised if some of the most vitriolic criticisms come from those who are not Christians.

Second, church members have been unwilling to take a stand when they see and hear unwarranted criticism toward the pastor and other leaders. This silence is shameful and sinful. Belligerent critics remain critics often because other church members are fearful of rebuking them. In some ways, the silent majority is just as wrong as the constant critics.

The first seven verses of Acts 6 tell the story of complaining by a group in the early church. In this case, the concern was warranted because a group of widows was being neglected. The Twelve appointed seven men to take care of the widows and thus stopped the criticisms.

Though it may not be the central thrust of the text, we see clearly that a divided and critical congregation was a serious concern for early church leaders. The ministry had to continue, and the divisiveness had to stop. We also see that the entire congregation had a stake in this issue (verse 5, “The proposal pleased the whole company”). There was no sinful and silent majority unwilling to tackle this issue.

At least in principle, the solutions are simple. The standards of church membership must be held high, and the benefits are numerous beyond just dealing with critics. We can’t expect unregenerate church members to act like Christians.

Second, church members must be willing to confront the sinful behavior of the perpetual and ill-intentioned critics. While no church leader should be above legitimate criticisms, the tide has turned too far in the other direction. Criticisms are paralyzing too many good leaders.

I am aware of some churches that actually have a formal system in place to deal with illegitimate critics. Some of these churches utilize an existing organization with the church, such as the diaconate, to deal with these critics. Other churches have an informal system: They have members with theological and moral backbones who are willing to confront the nagging naysayers.

The “Great Distraction” is a real and serious problem in our churches. It can no longer be denied or ignored. Satan undoubtedly loves the division and loss of focus it causes. The time has come for church members to speak up. Too much is at stake. It is truly a sin to remain silent when it is our God-given responsibility to confront those who ultimately would hinder the spread of the gospel with the poison of their words.