For 17 years pastor Breonus Mitchell has preached to his congregation at Greater Grace Temple Community Church that they need to rely on faith in God to get them through the pain and suffering of life.

Now, the Baptist pastor is choosing to put into practice what he has preached for so long.

Mitchell, who lives with his boys in Nashville, Tenn., acknowledged that he and his oldest son especially have had some difficult days in the month since his wife’s death.

He has had to grapple with the question, “How do you serve a God and preach His Gospel when He did not heal your wife?” 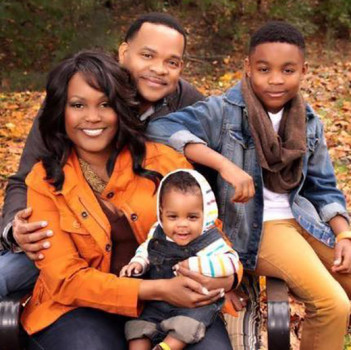 Mitchell has realized that “it is okay to question God.”

And though he may never have all his questions answered, he feels the presence of God in his life.

“I sensed the Holy Spirit speaking to me, saying, ‘You didn’t ask ‘why?’ when other members of your congregation passed away. Why are you doing it now?'”

During his personal Bible study, Mitchell has been going through the book of 1 Peter, which he describes as “a good book on suffering from the New Testament perspective. Suffering is a part of life,” he said.

Mitchell’s experience has reminded him that “God has no favorites.

“As preachers we can be so engrossed in who we are that we can be deceived into thinking that God has favorites,” Mitchell said.

“Tragedies remind us that God has no favorites. None of us are exempt from suffering. It also reminds us that we are human.”

During the process Mitchell has learned some “do’s and don’ts” of ministering and being ministered to.

— Be sensitive in what and how you communicate. He noted numerous people told him and his wife that God would heal her. That hurt, Mitchell said, because the couple had read the doctor’s reports and knew the diagnosis.

“We believed God could heal if He chose but we understood in our faith that we don’t have the right to say what He will do,” he said. “He reserves the right to will what He wants to will.”

Mitchell also advised against telling someone that God healed their loved one through his or her death. “People mean well when they say that, but explaining to an 11-year-old boy that God healed his mom by her death is a theological quandary. No child can grasp that.”

He also advised against telling a minister to return once he’s back to 100 percent. “If that were the case, I’d never return. When you lose a wife or child, you will never return to 100 percent because there will always be a void there.”

Mitchell cautioned against the overuse of social media. Even weeks after his wife’s death, people are still posting hundreds of comments about his wife, including photos, on Facebook, Instagram and other social media outlets. While he takes comfort in those words and photos, it has been very hard on his son, Mitchell said.

“We have steered away from social media until we both get through counseling,” he said.

— An individual must have time to heal, Mitchell stressed. In the case of a minister, that might mean allowing him to get away from his responsibilities for a period of time.

Mitchell stepped down from the pulpit two weeks before his wife’s death and will not return to the pulpit until the second Sunday in August. He did return to church on July 20 to thank his congregation for their love and support, but he did not preach that day.

Give the minister space after a tragedy, the pastor stressed. In his case, Mitchell preferred cards over phone calls or even texts and e-mails.

— Show the pastor you care in tangible ways, Mitchell suggested. He noted that well-meaning people would bring more food for a single meal than he and his son can eat. So instead of meals, some of his members provided him with gift cards to restaurants. He also received gift cards from stores where he could buy items for his infant son and even a certificate to go play golf, one of his favorite hobbies.

— The best thing a church can do, Mitchell said, is to continue to be the church while the pastor is away. He said he is proud of the congregation at Greater Grace Temple Community Church and the leadership provided by Thomas Shannon, a deacon, and Tremaine Saunders, minister of music. They have helped the church function in his absence. Mitchell said being away from his people provides him a glimpse of where they really are as a congregation.

He is grateful that his congregation has placed their emphasis on Christ. “I told them Sunday (July 20) that I was not their God or their Savior. I’m just your pastor.”

In the remaining days before he returns to shepherd his church, Mitchell and his two sons are trying to establish “a new normal” and he knows the process will take time.

Faith will ultimately get him through this valley in his family’s life, he said.

“My faith is as strong as ever,” he affirmed.

He recalled a statement that he has taken as his own: “I will never be afraid to trust an unknown future to a known God.”

While he is not sure of what the future holds, God does, “and I know Him,” Mitchell said.

— Lonnie Wilkey is editor of the Baptist & Reflector www.tnbaptist.org, newsjournal of the Tennessee Baptist Convention.