From 1978-1983, 30.5 percent of churches in the Southern Baptist Convention were seeing at least a 10 percent increase in total membership over a five-year period of time. During this same time, 51.9 percent of our SBC churches were plateaued and 17.6 percent were in decline.

Declining churches, as defined in this denominational study, are those where total membership declined by at least 10 percent in this five-year period of time. Plateaued is categorized as between growing and declining. 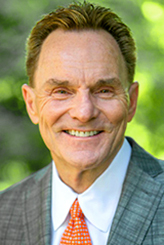 When you compare that with the most recent five-year period of record from 2008-2013, only 25.9 percent of our churches were categorized as growing by at least 10 percent in total membership. During this same five-year period, 44.3 percent of our churches were plateaued and 29.9 percent were declining, meaning their total membership declined by at least 10 percent between 2008 and 2013. Again, plateaued is categorized as between growing and declining.

This should burden each of us. You can see it clearly: As Ed Stetzer, executive director of LifeWay Research, put it: “In the years that this statistic has been calculated, we have never had fewer growing churches and never had more declining churches.”

I want to suggest four actions we can take to see this turn around over the next five years.

1. We need to refocus our churches on evangelizing lost people.

2. We need to develop a strategy and culture of discipling people.

Real church health can only occur as we disciple our people as Jesus said, “Baptizing them in the name of the Father and of the Son and of the Holy Spirit, teaching them to observe everything I have commanded you.” (Matthew 28:19b-20). Discipleship involves not only baptizing people, but teaching people to obey all that Jesus commanded us to do.

3. We need to believe again that healthy churches grow.

In our excuse-making American culture, the church has adopted this same disease of excuse-making. Most churches refuse to be honest with themselves in seriously evaluating their spiritual condition. Acts 16:5 says, “So the churches were strengthened in the faith and increased in number daily.”

Church health eventually leads to church growth. Excuse-making of any kind by any leader or church cannot ignore nor deny this biblical reality.

4. We need to experience the God Factor in our churches again.

As recorded in Matthew 16:18, Jesus said, “I will build My church and the forces of Hades will not overpower it.” Jesus is committed to building His church! This is the God Factor!

I believe the God Factor occurs when we preach the Gospel, strategically reach lost people, and pray to the Lord of the Harvest who is committed to building His church in this world.

Whether your church touches 35, 350 or 3,500 people a week, ask God to grow His church where you are. Develop a strategic plan to see the church grow. Lead the people to get it done by God’s power and grace, for His glory alone! Ask God for His vision for the church you serve and implement it immediately.

I believe with all my heart that God can move our Southern Baptist Convention churches into having more growing churches than ever before in our history. We need pastors to lead, church members to support, and together strategize to see your church become healthy spiritually and grow numerically for His glory.

— Ronnie Floyd is president of the Southern Baptist Convention and pastor of the multi-campus Cross Church in northwest Arkansas. He is on the Web at the SBC President’s Page and at www.ronniefloyd.com.