Two truths: A dying church robs God of His glory. Yet it doesn’t have to.

Each year about a thousand churches disappear from the Southern Baptist database, the majority of them closing. God gets no glory when that happens.

Three-fourths of those churches are in metro areas. That means in the areas where we as Southern Baptists have identified we need churches the most, we must start even more churches every year just to catch up with the church death rate.

The answer isn’t just better strategy, nor better preaching or even telling more people about Jesus.

You turn around a struggling church through a passion for the glory of God in all things. This alone must be the beginning and primary motivation for intervening in a dead church, even over worthy goals such as reaching the community, growing the church and meeting needs. 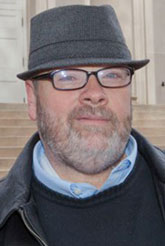 While a new church plant could reach the community and meet needs, replanting a dying church glorifies God by reclaiming a church near death as it does those same things. The purpose of all creation is the glory of God. This is exactly why He created the church. Romans 11:36 proclaims, “Everything is from Him and by Him and for Him. Glory belongs to Him forever!”

But I believe declining churches can once again project the glory of God to their community.

Just ask the people who once made up Birchwood Baptist Church in Independence, Mo. Struggling through years of decline, the church reached out to LifeConnection Church, a six-year-old church plant in the same Kansas City suburb, to see if they might be interested in merging the two churches. Birchwood would provide the building. LifeConnection would provide the young, energetic leadership.

LifeConnection Church had been looking for a permanent location to put down roots in the community, but they were located in another part of the area. Still both churches prayed through the potential merger and late last year voted to merge.

I had the privilege to walk with them through this journey a bit and had a front row seat to what God is doing in this merger. It wasn’t always an easy journey.

For new life to come, leadership has to be handed off. A church that faced years of decline has to be humble enough to follow new leaders. Ministries have to come to an end. Traditions have to cease.

If you’ve ever walked with an aging parent through the last stages of their life, you’ve got a glimpse of what this is like. It’s a painful, confusing, transformational time for your relationship with your parents. It’s similar for a struggling church that merges with a new church plant.

But it’s a process that has to happen. Churches in decline are perfectly designed to get the results they’re getting: Without a change in leadership, decline will continue. It’s a forgone conclusion.

That’s not what’s happened at the church formerly known as Birchwood Baptist Church. Just three months after that merger, the church averages around 300 in attendance. What makes that number particularly impressive is that it’s more than the sum of their parts — the attendance of both churches prior to the merger was less than 300.

What happened? God brought life to a struggling church. People want to be a part of places where transformation isn’t just a word in the sermon but a personal and institutional reality.

And God gets the glory when that happens.

— Mark Clifton is the national legacy church strategist for the North American Mission Board. Learn more about legacy church planting at namb.net/Legacy.