The writer of Hebrews said, “For the word of God is living and active, sharper than any two-edged sword, piercing to the division of soul and of spirit, of joints and of marrow, and discerning the thoughts and intentions of the heart” (4:12). I hold tenaciously to the power of the living Word. This truth should prod preachers to preach with passion and sobriety. Beyond passion, the power of the Word should dictate the method of sermonizing in which preachers engage. If Hebrews 4:12 is true, why would a preacher not make the point of the text the point of the sermon? 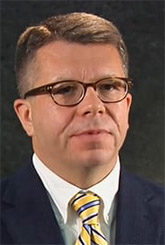 Recently, I was reminded of this power, though the results are sometimes delayed. I visited a 78-year-old woman who was dying of pancreatic cancer. She was a Unitarian and had only married the year before. She retired from an Ivy League university as a tenured professor of psychology. Long ago she had forsaken any vestige of biblical morality and belief. She was angry, bitter, and questioning why after being single her entire life she was now dying after a year of marriage. Although she had refused to see hospice counselors, she requested to speak with me.

When I arrived at the house, her husband directed me to the room where she was reclining, in agonizing pain. She instructed me to close the door and sit in front of her. I immediately had the impression she wanted privacy, perhaps from a sense of embarrassment about the conversation we would exchange.

I began making small talk, asking questions about her life and background. Demonstrating her domineering spirit, she turned the tables on me and began questioning me. She probed my beliefs and doctrine. She averred a lack of belief in heaven, hell, and the divinity of Christ, though she had been part of the church in her adolescence.

We had been talking at length when she suddenly lurched forward and said, “I want to ask you something.” I knew immediately this was the reason I was sitting in her room. She was about to get to the point, her point. In a low and somber voice, she said, “I had a dream the other night. In the dream I heard a voice saying to me, ‘Touch the hem of his garment.’ What do you think it means?”

I frozen in near stunned silence. Death was only weeks away for this woman and God displayed His grace by reminding her of His Word she had learned as a child. She didn’t even remember where the phrase came from, but God used His Word planted in her heart decades before to awaken her conscience. A merciful heavenly Father was giving her one last opportunity to experience grace through Jesus Christ. I immediately explained to her where the phrase came from in the New Testament and I pressed upon her that God was calling her to reach out for His mercy and grace. She listened politely to my words and abruptly concluded the visit.

She died a few weeks later. I have never forgotten her or the lesson she taught me about preaching. I don’t know if she put her faith in Christ or not before death came. However, I do know that He was working in her heart and reminded her of His Word.

As a preacher, I desire immediate results. I want to see lives changed when I preach. However, the Word I preach will bear fruit in the lives of the hearers even if it is 50, 60 or 70 years from the time it is delivered.

In a world of massive moral shifts and devastating human turmoil, a preacher cannot do more than rest in the power of God’s Word. The prophet Jeremiah averred, “Is not My word like fire” — this is the LORD’s declaration — “and like a hammer that pulverizes rock?” (23:39). Let every preacher take heart. When poor souls stand on the verge of chilly Jordan, they may very well be meditating on the Word of God which you preached in their hearing decades before.