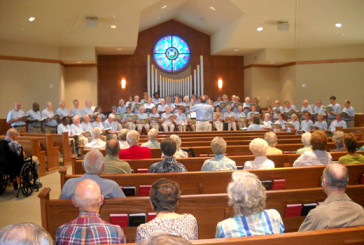 “Just when you think you know all about life, you join a family that reaches out with more love and compassion and wisdom than you ever expected,” said Harriet Ramage, who lives at Martha Franks with her husband, Walter.

Pollyanna Franks, executive director of the retirement community, said the sense of family can be traced back to the late Laurens County native Martha Franks herself.

“Her intent for the retirement community was first to be a house of prayer, and secondly a house of family and love,” Franks told the Advertiser. “It was supposed to be a place of safety, security and a sense of coming home. Those are the roots of Martha Franks Baptist Retirement Community.”

During its three decades, the retirement center has provided service to more than 2,000 residents from nine countries and 16 states, Franks said.