Earlier this year when the Southern Baptist Convention’s International Mission Board announced that it needed to eliminate 600-800 positions, Southern Baptists were shocked and saddened.

Cooperative Program giving on the national level has increased in small increments over the past few years, and the IMB gets the largest percentage of that offering. Just three years ago (2013), Southern Baptists gave more than $154 million to the Lottie Moon Christmas Offering, a record amount. Gifts topped $153 million the following year.

In addition, the Tennessee Baptist Convention began moving in 2011 toward a 50-50 distribution of wealth for Cooperative Program funds. This is resulting in hundreds of thousands of more dollars being funneled out of Tennessee and through the SBC for Great Commission causes. [Editor’s note: South Carolina Baptists have likewise increased their financial support for IMB in each of the past four years. At the end of 2015, the SCBC Executive Board voted to send a $1 million gift directly to IMB to supplement the portion of the state budget that regularly flows to the missions agency.] 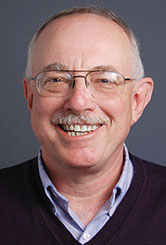 When the cutbacks were announced, IMB leaders acknowledged that they had overspent millions of dollars over the past few years. Throwing more money at something won’t help it until the main problem of managing its money is corrected.

I am troubled by the lack of communication coming from the IMB, especially with the news recently that the Richmond Communications Center has been eliminated, and 30 of 40 people lost their jobs. The 10 who remain were transferred to other departments.

At this printing, the IMB had not released the number of missionaries who took the voluntary retirement incentive by the deadline in December. The official response is they want to wait until after the next round of cuts — the “hand-raising opportunity” — is concluded in February. Supposedly, the number of people who took the voluntary retirement incentive helped relieve the financial pressure. If that’s the case, why eliminate 30 out of 40 people in one of the IMB’s most-needed departments?

That’s just one of the questions that IMB president David Platt has not shown a willingness to answer. His absence is disturbing to a number of people, including myself. He is the face of the IMB. Since the announcement was made, he has not been available to Baptist state paper editors.

A conference call was held Jan. 20, but neither Dr. Platt or any other senior administrative staff member was present to answer questions. Instead, three IMB staff members took our questions so they could forward them to Dr. Platt so he could be prepared when he meets with the editors at their annual meeting in February.

What’s the problem with that? As of this writing, it’s about six weeks after a major event took place. Southern Baptists who are sacrificially giving deserve better than that from the head of the SBC entity that receives the most missions dollars from our churches.

During the telephone conference, editors were repeatedly told, “That’s a good question.”

I would hope so. Editors are paid and trained to ask the “good” and sometimes “tough” questions. Answers are needed.

The IMB had one of the best communications teams in the denomination. With one fell swoop, most of them are now gone or will be in the next three months. These are men and women who have devoted their lives to the ministry of “telling the story.”

While a remnant remains, it’s not enough to thoroughly tell the story of the IMB. Rumors abound that the IMB will employ a marketing/public relations firm. That won’t be cheap, and the quality won’t be the same because, regardless of how professional those employees might be, they won’t have the heart for ministry that the former communications staff had/have.

Is the rumor true? I don’t know — because no one will answer.

There are too many questions and not enough answers. Pray that will change.

— Lonnie Wilkey is editor of the Baptist and Reflector, the news journal of the Tennessee Baptist Convention, where this article first appeared Jan. 27.