The mere mention of such subjects will likely spawn spirited squabbles among some South Carolina Baptists. But one topic towers above all in its potential to produce dissent and debate in the pews: no, not politics — Bible translations. Most Christians have their preferences and will defend them vociferously. Some love the history and literary artistry of the King James. Others favor the fidelity and accuracy of the English Standard or New American Standard. Still others will select translations based on readability, such as the New International Version or the New Living Translation. 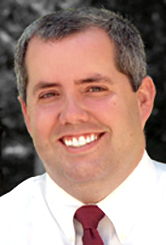 For those who are honestly seeking the best translations for their own spiritual growth and nurturing, let me attempt to offer three guiding principles in finding, choosing and using the best Bible translations.

Realize that every English translation is an interpretation.

Most Christians understand that the Bible was not originally written in English, but in Hebrew (with some Aramaic) and Greek. Therefore, any version of the Bible not in the original languages is dependent on the translator to render the sense of the text accurately. This fact should not lead Christians to doubt the reliability of their English Bibles. Indeed, most translations are produced by committees of biblical scholars who have studied the text much more than you or I.

The fact that every translation is an interpretation may also inspire some to attempt to learn Greek and Hebrew — removing the veil of the translator. Yes, learning Greek and Hebrew takes time. But with the number of online and printed resources available today, this goal is not unreachable.

Understand the particular translation technique and philosophy of each version.

Reasons for choosing a particular translation should not merely include statements like “I’ve always used it” or “I just like the way it reads.” Instead, Christians should base their selection on a healthy understanding of the translation technique, philosophy, and even history behind each version.

Three broad categories of English translations exist: (1) formal (or word-for-word), which translates the words and even structures of the original languages (such as New American Standard, Holman Christian Standard, and English Standard); (2) dynamic (thought-for-thought), which translates the meaning and concepts of the original languages (such as the New International Version); and (3) paraphrase, which involves the rewording of an existing translation into the same language (such as the New Living Translation or The Message).

Each technique attempts to balance readability with fidelity to the original text. And each will also tend to emphasize one over the other. Bible readers should be aware of the “end product” goals of whatever version they choose.

Of course, translation committees sometimes are also spurred by other motivations. To use one example, the infamous TNIV (Today’s New International Version) created quite a stir a decade or so ago due to the committee’s desire to eliminate gender-exclusive language that some might find offensive. So, a helpful exercise would be to Google the translations and find out the history and driving interpretive philosophies behind them.

Use each version according to its strengths.

The choice of translation might depend on one’s purpose in reading and studying. If reading through a larger narrative section of Scripture, you might use a readable yet accurate paraphrase such as the New Living Translation. If closely examining the arguments of Paul or Jeremiah or the poetic devices of the Psalms, you might consult a more formal translation like the Holman Christian Standard.

For personal study of Bible texts, I advise reading the text in multiple translations. Online Bible sites and apps such as YouVersion make hundreds of translations available at only a click. Such comparative study should enable the reader to see the nuances and even alternate interpretations of the text. At the very least, reading the passage several times can’t be harmful.

After reading through all these other translations, you may still prefer to use your favorite translation, but always keep in mind the others out there. Read them in a critical and informative manner. 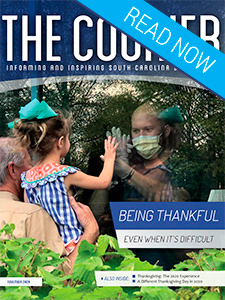