In 1999, the South Carolina Baptist Convention hired Joe Mack to be the first director of the Office of Public Policy. For 18 years, the SCBC Office of Public Policy has ministered to the members of the South Carolina General Assembly, informed and encouraged the churches to be faithful in the defense of biblical truth, and worked alongside other conservative groups to influence the State House on a host of social issues. 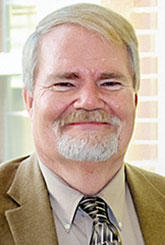 For nearly two decades, the office has led the fight to protect life, defend traditional marriage, and prevent progressive social ideas from becoming law. The years rolled by, and the legislative victories piled up, as law after law — reducing abortion, defending marriage, limiting gambling, restricting alcohol sales (and many other laws that affected the cultural climate in South Carolina) — passed through the legislature. By standing firm in the public arena for biblical principles, the Office of Public Policy has led the way in keeping South Carolina true to the biblical values shared by the vast majority of South Carolina Baptists.

Today, the Office of Public Policy is in danger of falling victim to the budget cuts made necessary by years of declining Cooperative Program giving. If the office is eliminated, one of the loudest and most effective megaphones for truth will be silenced. Critics point to recent losses at the Supreme Court (for example, Obergefell v. Hodges) as proof the “culture wars” are over and the time has come for Baptists to get out of “politics” and back in the missions and soul-winning business. But this argument leads me to ask: When did the public defense of biblical truth become solely an expression of politics? In today’s cultural climate, there is an inexorable link between religious liberty and the Church’s responsibility to win the lost and disciple the saved.

For the last 35 years or so, the focus of the culture war for believers has been to “sanctify Christ as Lord in our hearts, always being ready to make a defense to everyone who asks us to give an account for the hope that is in us, yet with gentleness and reverence” (1 Peter 3:15). Some would argue we have little to show for our efforts; while I disagree, I would also suggest being faithful to give a defense does not require victory. It simply requires diligence in the face of the relentless attacks of a progressive atheism and a radical LGBT agenda that seeks to silence and censure any public expression of biblical faith.

In the past 10 years, the constitutional concept of freedom of religion has morphed into the meaningless idea of freedom of worship. We can do and say what we want as long as we remain cloistered in our sanctuaries. But as soon as we step into the public arena, we must speak only ideas sanctioned by those who have the power to label dissenters as bigots and homophobes. Many voices in the culture that began by calling for the acceptance of unbiblical lifestyles now demand government mandated approval at the expense of our personal freedom.

We are one Supreme Court decision away from losing our religious liberty. If that happens, when progressives eventually return to power they can pass laws that will make it a crime to speak the truth of God in the public arena. Of course, we can follow the example of countless martyrs through the ages and those around the world today whose blood, as Tertullian pointed out, has become the seed of the gospel. But why would we trade sharing the truth in an atmosphere of freedom for the chains of religious censorship and persecution? As Benjamin Franklin said, “We have been given a republic, if we can keep it.” Keeping our republic means remaining diligent in defending our liberties in the public arena of ideas.

The South Carolina Baptist Convention budget reflects our priorities. I pray we will find a way to continue the important work of the Office of Public Policy. Jesus said, “Look, I tell you, lift up your eyes, and see that the fields are white for harvest” (John 4:35). How will we reap if the culture bans us from the field?

— Tony Beam is vice president for student life and Christian worldview at North Greenville University. He also hosts an Upstate talk-radio program, Christian Worldview Today, which can be heard weekday mornings at 660 AM and 92.9 FM.