Richard Lackey is following in both his father’s and his grandfather’s footsteps — all three have served as trustees for Connie Maxwell Children’s Home. 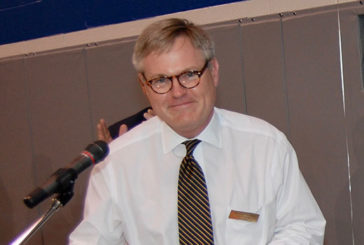 Richard’s father, Shelton Lackey, who lives in Orangeburg with his wife, Martha, also served as a trustee.

Richard, an attorney in Orangeburg, represents the third generation of his family to serve on the Connie Maxwell board. He is board chairman and also served on the search committee that recommended Connie Maxwell’s new president, Danny Nicholson.

Thanks to Connie Maxwell trustee Leslie Taylor for providing this information. Taylor lived at Connie Maxwell between the ages of 9-16 and says Sam Smith was a father figure to her during her childhood years.