R. Albert Mohler Jr., president of Southern Baptist Theological Seminary, writing in a Sept. 3 “Perspective” piece in the Washington Post, addressed “the vitriol” in response to the Aug. 29 Nashville Statement signed by a group of evangelical Christians and reaffirming traditional Christian values on sexuality. 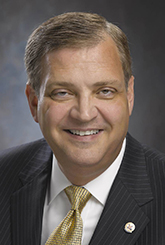 “One of the most intense lines of criticism was that we, signers of the document, dismiss the pain and suffering of those who live outside those historic Biblical sexual norms,” Mohler wrote. “That we weren’t acknowledging the rejection they feel in the church and were making their sins appear more significant than our own.”

“Christians understand the brokenness of the world,” he said. “We signers know ourselves, like all humanity, to be broken by sin. We have no right to face the world from a claim of moral superiority. We know and confess that Christians have often failed to speak the truth in love.”

Mohler said the signers were “acting out of love and concern for people who are increasingly confused about what God has clarified in Holy Scripture.”

“The backlash to the document shows why it is so needed: While the Christian church has held to a normative understanding of biblical sexuality for over two millennia, we now face challenges to biblical teaching that require an unprecedented level of specificity,” he wrote. “It affirmed what would have been universally acknowledged as the historic Christian faith without question or controversy until just the last several years.”

“The very fact that the statement made headlines and was greeted with shock and surprise in some quarters underlines why it was needed. We believe that human dignity, human flourishing, and true human freedom are at stake. We know that two rival visions of what it means to be human are now fully apparent. We stand by the vision affirmed in the historic Christian faith.”