Editor’s note: “5 Family-Friendly Things” spotlights family-friendly entertainment choices on DVD, streaming or television. We’ll be running this column over the next three months. Please let us know what you think of it on Facebook (BaptistCourier) Twitter (@baptistcourier) or by email (editor@baptistcourier.com). 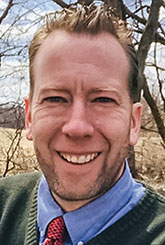 I watched the debut with my wife and 10-year-old son, not knowing if it would keep his attention. But by the end, he was engrossed in the competition and ready for the next week’s show.

It is co-hosted by Emeal Zwayne, president of Living Waters Publications, along with Jason and David Benham (formerly of HGTV) and Hannah Leary, who won the first season.

The series involves three age groups (7-10, 11-14 and 15-18) competing for a total of $100,000 in prize money and is as convicting as it is inspiring. Sometimes, you even feel sorry for the contestants — like when one was eliminated because she said “was” instead of “is.”

This quirky PG comedy bombed at the box office but was a recent family-friendly hit in my home. Now on Amazon Prime, it tells the story of a friendly octopus-looking monster that becomes the “engine” for a teen boy’s truck. It’s the type of goofy plot that would have made for a hilarious 1970s Disney flick, but it hit theaters four decades too late — in 2017. It has no language. No sexuality. Not even a kiss!

Netflix and Hulu each have their strengths for streaming fans, but for children’s Christian or spiritual content, nothing beats Amazon Prime, which has at least three series that my children have watched recently: “Torchlighters,” “Superbook” and “Davey and Goliath.” Hopefully, Netflix and Hulu will catch up.

Amazon Prime may shine with its children’s faith content, but Netflix wins in the grown-up category with two new selections: “Is Genesis History?” and “A Question of Faith,” each of which were in theaters in 2017. Netflix also has “The Case for Christ” and “Little Boy.” Search for “Christian” and you’ll discover similar content.

In this new Netflix remake of the 1960s series, the Robinson clan gets stuck on a planet and tries desperately to survive. It’s rated TV-PG and contains mild language — around two to three words each show — so caution is advised. It’s not entirely family-friendly, but it’s oh-so-close. I watched the first two episodes and enjoyed it.

— Michael Foust covers the intersection of entertainment and faith. He and his wife, Julie, are the parents of four small children.