Tommy Kelly is a man on the go.

The pastor of Varnville First Baptist Church is an inspiring leader and servant not only to the church, but to the entire community. To say he is well known in this small community would be an understatement.

As members of the church described their love and appreciation for their pastor, one after one, nearly all of those interviewed said he was not only the pastor of the church, but the whole community.

Statements by various members were:

“He is everybody’s pastor.”

“He invests heavily in the lives of people.”

“He is very giving of his time in the community as well as the church.”

Kelly has been pastor of the small-town church for 24 years. His wife, Phyllis, shared one example that has been a blessing to her. He loves children, and nearly always they run into some of the kindergarten children in the schools. When they see him, they immediately smile and greet him. He often goes to the schools and reads to them. 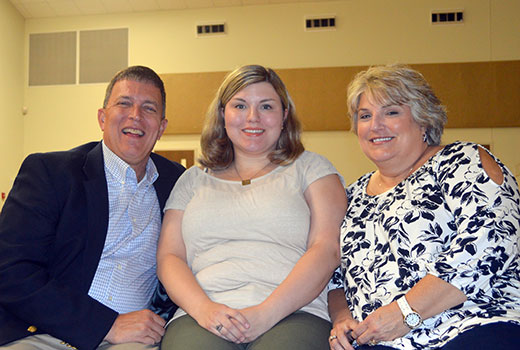 “When they see him, they will run up to him or wave at him. It is just so cute to see them do that,” she said.

“He is about love for all of God’s children.”

“Even though we had not been Southern Baptists in many years, he made us feel part of the family here. His enthusiasm, energy, and love for the Lord and others are both encouraging and motivating. We are very thankful to be here in Varnville.”

“He is a community pastor who serves those in need and teaches [us to put] feet to our prayers.”

“We have been members for about a year. We joined this fellowship because Pastor Tommy leads the church outside of the church walls and into the community.”

“He has helped a lot of people since he has been pastor of Varnville First — both young and old.”

Kelly has held several positions both in the Southern Baptist Convention and the South Carolina Baptist Convention, including president of the SCBC and current chairman of the Executive Board. His involvement in denominational service is exceeded only by his service to the community. It seems that almost everyone in the Hampton and Varnville areas knows him. In fact, when he goes into a restaurant to eat, he typically speaks to everyone, calling most of them by name.

Kelly is rarely idle. He says his parents taught him how to respect the underprivileged and be kind to all people regardless of their race or station in life. As a result, he helps people in need on an ongoing basis. A few years ago, a member of the Martin Luther King Jr. parade committee approached him and said, “We have been watching you, and we want you to be the grand marshal for this year’s parade.” He said he was surprised and graciously accepted the invitation. While there has been much talk and work recently among the SBC and SCBC regarding racial reconciliation, Kelly has been quietly doing that for years.

He has led a ministry to the local schools by feeding the football teams on Friday and having a devotion with the players. It started with one school in 2004 and has now grown to include six schools. It is an expensive project, averaging about $900 each week, and there is no budget for it. “We do it on a donation basis, and somehow it all comes in,” he said. In fact, he helps raise money to cover expenses by selling scrap iron. One church member pointed out that his pastor will do whatever it takes to share the gospel with others, “even if that means picking up cans beside the road to help finance some of his projects. He has no problem being called the junk man.”

Kelly approached a predominantly black school after he felt “God laid it on my heart to reach out to them.” He shared what he wanted to do for the school and asked the coach if he would be willing to allow his church to serve the school by feeding the football team on Fridays and sharing a devotional. As it turned out, the coach had been trying to get something like that for six years. In tears, the coach, who is now retired, told his players, “It took Tommy Kelly and his church to get this done.” At the same school, another coach asked Kelly if he could get them some Bibles. When the team received the Bibles, the coach said, “We appreciate what Rev. Kelly has done for us, and I don’t want to see these Bibles lying around. I want to see you reading them.”

Kelly may not yet be a legend, but he is certainly well known in the Varnville area. He is a country man in a rural area, and the fit seems perfect. The stories he has to tell cannot be covered in a single magazine. Maybe, someday, he will translate those moving, humorous, heartbreaking and inspiring stories into a book.

If you come to Varnville, you will likely run into Tommy. He seems to be everywhere. You will also discover a church and community who loves and appreciates its hard-working pastor.