In his trips around the state and into Georgia as a church revitalization consultant — his odometer ticked more than 2,600 miles in September alone — Danny Burnley has seen more than his share of churches torn apart because church members can’t get along with each other.

By the time those churches call Burnley, they may be struggling with low attendance and financial distress. For those congregations, it can be a challenge just to pay the monthly bills, much less channel resources and church members in order to reach their communities with the gospel.

“I just love the churches, but I’ve seen it so many times,” said Burnley, who has assisted more than 30 congregations since starting his church revitalization ministry two years ago. “It has just broken my heart to see how people can be loving one another today and then be at one another’s throats five years from now.” 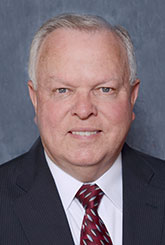 “We can’t forgive. We’re not reconciled, and there’s very little praying,” he said. “We say we believe the Bible and that Jesus Christ is the only way, and it’s easy for us to talk about the sinners ‘out there,’ but inside the church, we have run our children and youth out of our churches because of the way we act.”

Burnley, who spent more than three decades as a pastor, has observed that church business meetings — a staple of Baptist church polity — can be ripe settings for conflict.

As a teenager at the church where he grew up, Burnley saw “so much controversy” erupt over bylaws and business meetings. Later, as a young deacon, he was troubled by how the people in his church had divided into camps over some controversy. He went to the pastor and encouraged him to consider holding a service of forgiveness and reconciliation. A few days later — in a called business meeting — Burnley and his family were stunned to hear they were being disfellowshipped from their church.

As he recounts the episode in his book, “Excommunicated: 11 Steps to Church Revitalization,” Burnley says it was the “worst thing and the best thing” that happened to him — the worst thing because it felt like a heartbreaking divorce, but also the best thing in that, through the pain, God gave him a “heart and ministry to help hurting and struggling churches.”

“These lessons weren’t learned in a seminary, but by the working of God’s Holy Spirit through trials and disappointments,” he said.

A man Burnley has known many years ago called him some time back to ask for his help. His church had dwindled to three people. They had closed the doors.

“A lot of people would say that it’s gone, it’s dead,” said Burnley. “But again, why can we not believe the Bible? The Scripture says there was a prophet who was told to go down and preach to the valley of dry bones.

“We say we believe the Bible and that those bones lived.

Well, if that happened then, surely God wants to raise up a church if we will just repent and get back to the fundamentals. It may not happen overnight, but it can happen.”

For information about Burnley’s ministry to declining churches, visit churchrc.com or call 864-918-3386.