Have you ever stood face to face with someone who has never heard of the name of Jesus? If so, it is not an experience you will soon forget.

Several years ago, a family from our church was serving as Christian workers in the mountains of China. After being on the field for about four months, they prepared to spend their first Christmas away from home. To help their girls remember the true meaning of Christmas, the dad took two of his daughters to a local bakery to order a birthday cake for Jesus. He got his language instructor to write out “Happy Birthday Jesus” in Chinese. 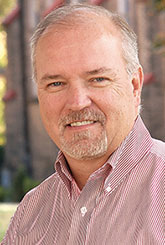 The dad tried as best he could with his limited Chinese to explain that Jesus is God’s Son and that Christmas is a time when we celebrate His birth. The baker simply had no context to understand the Gospel.

The staggering reality is that there are approximately 2.8 billion people in the world who are just like that baker.

They have spent their entire lives with little or no access to the Gospel. Jesus is a name they are not familiar with. The Gospel simply hasn’t made it to them yet.

A number like 2.8 billion people can be overwhelming. Where do you start? How can anyone reach that many people? It can be easy to talk yourself out of even trying.

There is another, more insidious problem that we sometimes have to deal with. When we read or hear about 2.8 billion people who have little or no access to the Gospel, they can become a number to us. Most of us have heard stats like this so often that we can become numb to the tragedy that those numbers represent.

I have a suggestion that may help. Let me ask you a question. What if the number of people who had little or no access to the Gospel was not 2.8 billion, but just two?

Would you be willing to do something to help reach those two people who had never heard the name of Jesus, even if they lived in some distant country like Afghanistan, Pakistan or China? If you could help make a difference in their lives, what sacrifices would you make to get the Good News to them?

Would you pray for them? Would you give generously to support the missionaries who are being sent to share Jesus with those two people? Would you perhaps even dare to go on a mission trip yourself to show them the love of Christ and tell them how Jesus changed your life?

I believe you would. More than likely, you would consider it a privilege and honor to do so.

No doubt, there are at least two people living in Afghanistan, Pakistan or China who have never even heard the name of Jesus. You and I will likely never reach billions of people, or even millions for that matter. However, any of us could reach two. Why not start with them?

Romans 10:13 makes this promise: “For everyone who calls on the name of the Lord will be saved.” 2019 could be an exciting year for you and two people somewhere in the world!

— Keith Shorter is pastor of Mt. Airy Baptist Church in Easley, S.C., and a former president of the South Carolina Baptist Convention.