This coming April, Alexia Newman will celebrate 30 years as director of Carolina Pregnancy Center in Spartanburg, one of the largest crisis pregnancy care centers in South Carolina.

When she interviewed for the job in April 1989, she did not even know it was a pro-life ministry. “I had to ask before I would continue. I did not know anything about crisis pregnancies,” she said. She has become a seasoned veteran, heading a ministry that saves lives and reaches people with the gospel of Jesus Christ.

What has characterized her tenure at such a demanding post when the average stay of a director is less than three years? “We have a great and supportive staff and board along with tremendous church and community support,” she said. “For me, I could not have stayed here as long as I have if I didn’t sit under good preaching and just stay in the Word.” 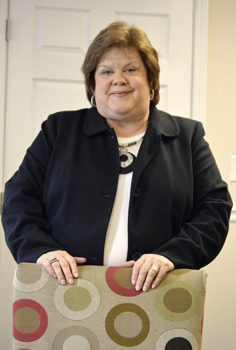 Alexia recalls vividly her first client. “When I talked to her alone, she said she knew what they had done was wrong — sin. Her boyfriend was playing ball at a local college, and they were both active in their church.” The young lady’s plan was simply to speed up the time of their engagement. She did not plan to abort the baby, but the boyfriend entered the conversation that day full of anger and demanded that she get an abortion, saying, “If you don’t, we are done.” The girl was devastated, but her parents were supportive. She was able to finish her degree, do her student teaching and get a job. “She met and married a wonderful man seven years ago. He adopted her son, and they now have four children. The family is doing great,” Alexia said.

Crisis pregnancy centers began to show up in the 1960s but increased dramatically in the wake of the Roe v. Wade Supreme Court decision that legalized abortion. Today, there are 26 CPCs in South Carolina.

The first year Alexia was director, the center saw 56 women, then 139 in year two, and, by the third year, 839. She said, “Now we average 2,600 a year.” While she does not know exactly how many babies have been given an opportunity to live through the ministry, she says, “I can comfortably say thousands.”

Today there are six full-time staff members, approximately nine interns a year, and 75 to 80 volunteers. The center averages 60 people a year professing faith in Christ. That is followed up with discipleship ministry for each one. Alexia is discipling eight high school girls currently. 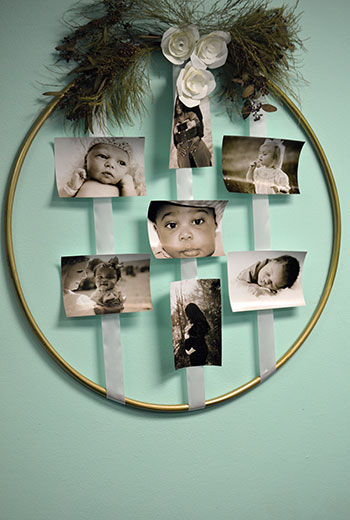 Displayed on a wall at Carolina Pregnancy Center are photos of some of the children whose mothers received care and counseling there.

Moms and expectant moms can be involved in a program called “Earn While You Learn,” where they study various subjects, do homework, and earn “mommy bucks.” With that currency, they can then purchase various items for their babies through the Earn While You Learn store. For women who are in emergency type situations, the center’s “Because We Care” ministry provides immediate help with diapers, formula, maternity clothes, baby clothes, etc.

The center has four counseling rooms, a “man cave” for the “Dad to Dad” program, a nurse on staff, an ultrasound room, a library, and post-abortion Bible studies. Recently, new ultrasound equipment was purchased and is used without charge for girls who are pregnant. “We love to do ultrasounds for the pregnant girls so they can see that 21 days after conception the baby has a heartbeat, and at 40 days he or she has brain waves. Ultrasounds make an impact,” said Alexia. “We’ve had girls come in for ultrasounds who were so abortion-minded, but God would just have that baby wave, or flip over so they could see a face. He is the God of the impossible.”

Most of the candidates for president visited Carolina Pregnancy Center during the 2015-2016 primary season. A reporter was sent to do a “hit job” on the center, he later told Alexia. During his time in Spartanburg, they allowed him to view an ultrasound. He was deeply touched. “What am I supposed to do now?” he said. “What I just saw is not some blob of tissue.” Alexia’s answer to him was, “Just tell the truth.”

The Charlotte Lozier Institute reported that pro-life pregnancy centers like the one in Spartanburg provided free services in 2017 for 2 million people and saved communities an estimated $161 million. A study produced by the institute concluded that crisis pregnancy centers are part of a global movement and “remain a testimony of love in action.”

The center has purchased more than two acres of land on which to build a new and larger facility. A capital gifts campaign is in the planning stages, and they hope to start construction as soon as possible.

Abortions in South Carolina were lower in 2017 than they have been since 1977. No doubt, the decrease in abortions is directly related to the compassionate ministry of crisis pregnancy centers like Carolina Pregnancy Center.

The need for ministries like this will continue to be a priority because of what Alexia calls the casualness of sex today. “We don’t want to sound like a fuddy-duddy or a Sally Sunday-School, but we must speak the truth,” she said. Their emphasis on sexual abstinence outside of marriage continues to be taught to thousands each year. Their loving ministry for those who find themselves in a crisis pregnancy continues as they save lives and reach souls.