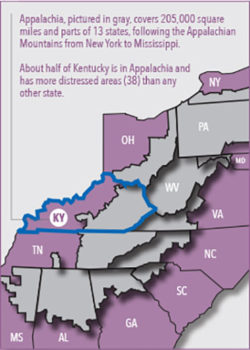 This summer will mark 50 years of summer missions work by the Spartanburg church. Under Buckley’s leadership, the student-led initiative has grown so much that this year 200 high school students and adults will direct six basketball camps, lead 19 VBS groups, make repairs to church buildings, and work with the state of Kentucky to feed more than 1,200 children.

Former Pastor Alastair Walker led the church to begin the summer missions work in 1969. He had been a pastor in Kentucky before moving to Spartanburg and had a burden for the people of the southeastern part of the state.

Buckley became student minister in 1996 and was asked by Pastor Don Wilton to evaluate the work in Kentucky. Buckley said, “After my first summer of leading a mission team there, I realized that God had uniquely connected our church to that area through Dr. Walker’s vision.” When he shared his evaluation and thoughts with Wilton, the response from the pastor was straightforward: “Then, let’s go full bore and make a difference for the kingdom in that area like never before. 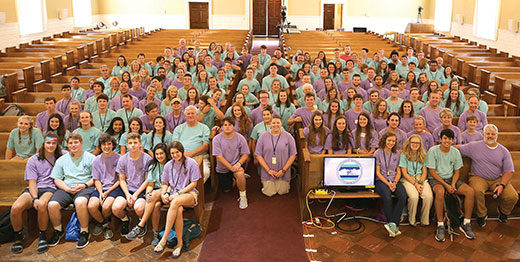 Many members of First Baptist Church, Spartanburg, have been participating in summer mission trips to serve in the Appalachian area of eastern Kentucky. This summer marks the church’s 50th year since former pastor Alastair Walker led the congregation to begin the effort in 1969.

Buckley noted that the work in southeast Kentucky has “been a major training process for our students who later have become pastors, ministers, missionaries, teachers, and faithful church volunteers. Scores of people have been called into full-time ministry because their hearts were opened in Kentucky.”

As the summer mission work has expanded, so has the number of people coming to know Christ as Savior, and others who have been helped in much-needed physical and material ways.

Wilton said, “It is amazing to see how the vision and heart of our beloved Dr. Walker has grown to actually connect our church across all generations for 50 years through the ministry to southeast Kentucky.”