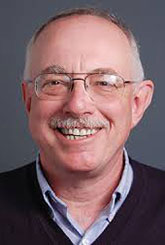 As a native of South Carolina, I can remember The Baptist Courier coming into our home. I didn’t realize the significance then, but as I grew older and became a journalist myself, I realized the importance of the state paper.

God called me into Christian journalism and I worked at both North Greenville College (which I attended when it was a junior college) and Baptist College at Charleston (now Charleston Southern University). One of the first bylined articles I had published in a Baptist publication was in The Baptist Courier. I developed friendships with those who served as associate editor and editor of The Courier over the years.

As the editor of the Tennessee Baptist state paper, the Baptist and Reflector, I count myself blessed to have been introduced to state papers at an early age. The Baptist Courier has a rich legacy. Congratulations on 150 years. May there be many more.