As far back as I can remember, I have appreciated The Baptist Courier as a vital contributor and supporter of the South Carolina Baptist Convention. Let me explain. My hometown is Hartsville in Darlington County, where I was born and bred. My home church was First Baptist, located in the heart of town, and I was an active participant in the life and functions of the congregation until I left for college. 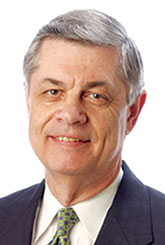 I had the good fortune of being taught and nurtured by wonderful, Christlike Sunday school teachers, Boy Scout leaders who were members of the congregation, Baptist Training Union workers, and two fine pastors. The first was Mack M. Goss, who baptized me at age 12. He was followed by Davis Sanders, who remained until retirement.

Each of these pastors was very much involved in and supportive of the South Carolina Baptist Convention and the national Southern Baptist Convention. They saw to it that our church knew about the life and work of South Carolina Baptists and beyond the state to the national convention. They were faithful to keep our congregation informed about the work of the Home Mission Board in Atlanta, Ga., now called the North American Mission Board, and the Foreign Mission Board in Richmond, Va., now known as the International Mission Board.

I do not remember a time when I did not know of the vital role The Baptist Courier contributed to the life and work of South Carolina Baptists. Our pastors and leaders made sure that members of the church were receiving The Courier as the primary source of information about our Baptist witness across the state and throughout the Southern Baptist Convention. Doing so helped solidify in my growing up years a sense of gratitude for South Carolina Baptists and Southern Baptists.

I served for some 26 years as a local church pastor or staff member in addition to 13 years on the staff of the Home Mission Board and 17 years with the SCBC. All during those years, I received and read The Baptist Courier as led by editors John Roberts, then Don Kirkland, and now Rudy Gray. To this day, when The Courier arrives, I soon stop what I am doing and read it page by page. I want to be current about our Baptist life and influence around the state, nation and world. Just as The Courier was important to me in my young years, it continues to be so to this day.

— B. Carlisle Driggers is executive director-treasurer emeritus of the South Carolina Baptist Convention.