Hurricane season is here, and South Carolina Baptist Disaster Relief teams from across the state are preparing to respond when and if they are needed.

“Near the end of each summer, we gather as many of our unit leaders (blue hats) as possible for a day of training, debriefing, and discussion of what we may be facing in the future,” said Randy Creamer, SCBC director of Disaster Relief. “After four years in a row of major or catastrophic storms impacting our state, our Disaster Relief volunteers are much better prepared and much more effective in our response and short-term recovery. 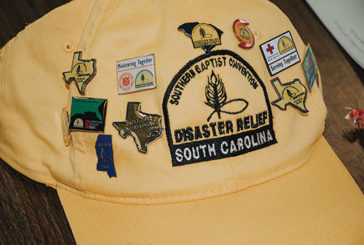 September is the month with the most hurricanes, and the climatological peak is around Sept. 10. Creamer noted that, in his experience, somewhere around Sept. 20 seems to be the peak in South Carolina. Last year in September, Hurricane Florence — a Category 4 hurricane — made landfall as a Category 1 near Wrightsville Beach in North Carolina, but it affected South Carolina with power outages, damaging winds and flooding.

During 2019, approximately 140 DR units of all descriptions have been preparing to respond as quickly as possible if a crisis arises. Creamer noted, “I am grateful for all South Carolina Baptists who support this ministry and who answer the call at a moment’s notice, whether across the country or right in their own backyard.” So far, 600 volunteers have been trained, and the final state-wide training event is scheduled in October at Spring Valley Church in Columbia. 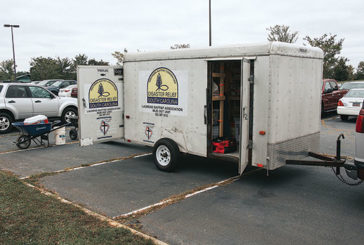 Associations display their disaster relief preparedness at a training event.

This year, estimates for Atlantic hurricanes are: nine to 15 named storms; four to eight hurricanes; and two to four major hurricanes (Category 4 or 5). Twenty percent of major storms occur on the eastern coast of the United States, with Cape Hatteras and Morehead City in North Carolina having the distinction of being the most frequently hit areas by hurricanes on the East Coast.

The RebuildSC ministry will be phased out around Labor Day. For the past four years, volunteers have been stretched to exhaustion working on long-term rebuilding missions.

Recently, Columbia Metro Baptist Association wanted to find a new home for its aging shower unit. Beaverdam Baptist Association in Oconee County agreed to take the unit, but a greater need arose. Dwain Carter, director of Texas Baptist Men, contacted Creamer regarding their need for a used shower unit that they could set up as a permanent facility close to the Texas-Mexico border near the Rio Grande River to help with the influx of refugees. New tires are being put on the unit, and it will soon be delivered to Texas and set up in a permanent location.

As Disaster Relief prepares to respond when and where needed, the maintenance of existing equipment and the replacement of older equipment continues.