Pastors, need somewhere to get away for rest and renewal? Anderson University may have just the retreat place you’re looking for to find some much-needed respite. 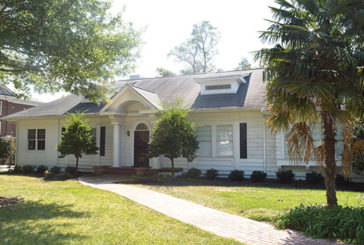 “We had an opportunity to purchase two homes near the campus, right on the Boulevard, which is the main street that goes through our neighborhood and the campus, a couple of years ago,” said Evans Whitaker, president of Anderson University. “We had not looked at buying property on the Boulevard because we really wanted to try to keep that area residential.

“We would rather have people and families living there, near the campus, just to preserve the historic beauty of the campus and not get into making those buildings offices,” he added.

While one of the houses will be used as guest housing, Whitaker kept thinking about how the university could use the larger of the two. “One day it just came to me that maybe there were pastors who, for whatever reason, might like to get away from their communities for a few days, or a week or so, to maybe just rest, or they might want to study,” Whitaker said. “Whenever pastors need to go on a retreat, we could take that house and make it a retreat for pastors.” 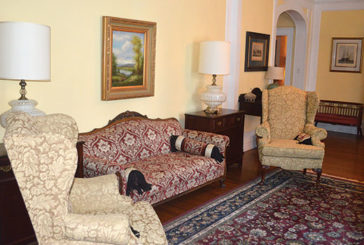 Occupants share a formal living room and a den for relaxing with a
large screen television.

By offering a retreat place for pastors, Anderson would be serving its denomination, Whitaker noted, seeing it as “a good way for the university to return a ministry to pastors who are, oftentimes, very strong advocates for Christian higher education.”

The house didn’t need a lot of work, or even a lot of paint. For the most part, it was in good shape, and all the university would have to do was furnish it and spruce up the yard. Whitaker poured himself into the project, adding personal décor touches from his mother’s furnishings and china and his own interest in antique collectibles.

The house has three bedrooms — two queen beds and one king bed. Each bedroom has its own shower and bathroom. It also features a large, formal living room, and a spacious den with a 65-inch, flat screen television 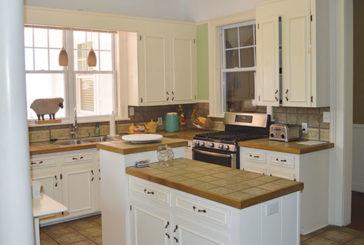 The retreat house’s kitchen is well-equipped with essential cooking utensils.

“A lot of pastors would appreciate Warren Wiersbe’s work, so we’re going to have his outlines there, and perhaps some of Spurgeon’s works,” Whitaker continued. A 1911 reprint of a 1611 King James Bible also will be on display, with some other historic artifacts.

To top it off, robes will be provided for house guests to encourage them to relax while there. “We want to sort of spoil the pastors because they have a hard job, and we want them to go somewhere where they are a little bit pampered,” Whitaker said.

Guests will have access to campus amenities, such as the library, where they can reserve a cubicle for studying during the week. They also will be welcome to use dining facilities and coffee shops, or attend chapel services, sporting events and other campus events, but will be responsible for meals and activity charges. 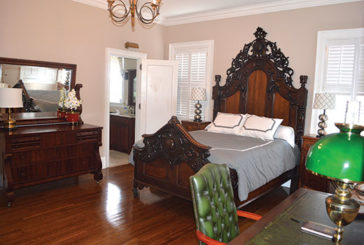 Stays may range from a couple of nights up to 10 days or more. “We know, particularly, that some pastors are in positions where they’re either bivocational or in churches where there’s a small congregation, and they have a minimal budget and may not have funds for a retreat,” Whitaker said. “So we are charging $35 a night — simply to pay for the electricity and cleaning. But that, we think, is pretty reasonable.”

The retreat is only available for ministers serving in a pastoral capacity. Retreat space is available on a per-room basis, and the house may be occupied by multiple people at any given time.