The extraordinary impact of the coronavirus on Americans and our economy is unprecedented. To mitigate the spread of the virus, virtually the entire country has been in a lockdown. Churches and businesses have closed temporarily.

The economic fallout from the lockdown may have a greater and more lasting impact on lives of working Americans than any prior event. The United States has gone from a 50-year unemployment low to more than 17 million Americans seeking jobless benefits — and counting.

With little time to plan carefully, the Federal Government enacted the CARES Act, which includes the Paycheck Protection Program. For the first time, religious nonprofits became eligible for loans through the Small Business Administration.

Our Baptist institutions are financially stressed. The Federal Government suddenly is offering help. Should we take their assistance?

First, the threat: Despite the assurances to the contrary from many Southern Baptist Convention leaders, there is, in fact, a real legal threat to an SBC organization that applies for federal financial assistance. 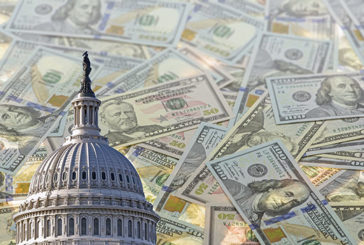 The application for the loan requires an unconditional agreement and promise that the applicant will not exercise discrimination “in any business practice, including employment practices and services to the public.”

The official notice from the SBA is clear that an entity that receives financial assistance through the SBA will be subject to the application of certain nondiscrimination obligations:

I will focus on the most serious threat, among other threats.

First, any potential threat should be evaluated in light of the doctrinal positions of most Southern Baptist churches and institutions, whose positions are “countercultural.” The Baptist Faith and Message holds unswervingly to the traditional biblical and Southern Baptist teaching on marriage, sexuality and gender.

The receipt of federal financial assistance triggers Title IX’s prohibition on “sex” discrimination. Concerns about what constitutes “sex” discrimination will increase greatly if the Supreme Court decides that “sex” for purposes of employment discrimination law should be interpreted to include sexual orientation or gender identity (the LGBTQ assertion). Three cases presenting this issue were heard by the Supreme Court in October 2019, and a decision is expected in the next two months. Applicants should be aware also that the right of same-sex couples to marry is now a constitutional right, with the identical constitutional prohibition viewed as racial discrimination.

Unprecedented, and unthinkable: Agreed that the economic and cultural circumstances in which we presently find ourselves is unprecedented, but Baptists resorting to the government for its largess has, heretofore, been unthinkable. The Baptist Faith and Message is explicit in its historic clarity and admonition on this issue:

God alone is Lord of the conscience, and He has left it free from the doctrines and commandments of men which are contrary to His Word or not contained in it. Church and State should be separate. … Civil government being ordained of God, it is the duty of Christians to render loyal obedience thereto in all things not contrary to the revealed will of God. The church should not resort to the civil power to carry on its work. The gospel of Christ contemplates spiritual means alone for the pursuit of its ends. The state has no right to impose penalties for religious opinions of any kind. The state has no right to impose taxes for the support of any form of religion. A free church in a free state is the Christian ideal. (Emphasis added.)

The maximum loan at this writing is two and a half times monthly payroll. The carrot at the end of the stick is possible forgiveness of the loan. Total value may be a little more than 30 pieces of silver.

The juice is not worth the squeeze, and certainly not worth the risk of jeopardizing the image, message and legal status of any Baptist organization.

— Dan Collins is a Greenville attorney and a member of Brushy Creek Baptist Church in Taylors.