The Executive Board of the South Carolina Baptist Convention held a called meeting on April 10 in order to consider making application for emergency payroll support through the Federal CARES Act and the Payroll Protection Plan.

After prayer and much discussion, the board approved directing SCBC Executive Director-Treasurer Gary Hollingsworth and his team to proceed with the loan application.

“The board concluded that, first, should such funds be received, the convention would then, at least for a short season, avoid having to invoke emergency operational contingencies,” said Chairman Albert Allen, in announcing the board’s decision.

“Second, receipt of such funds would allow the convention to deploy more resources directly in service to our churches as they minister in their communities, particularly during a season in which charitable giving is expected to decrease,” he continued.

“Third, such funding would allow for less or delayed disruption to our convention staff who will, in turn, then be better able to serve our churches and ministries as we all strive to advance Great Commission purposes throughout our state, nation and world.” 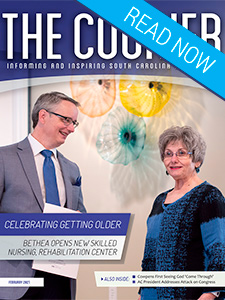