If a picture is worth a thousand words, then two videos recorded on Memorial Day are worth millions. 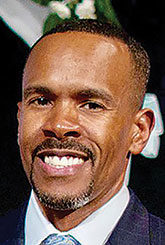 One video was taken in the morning at the Ramble, a large retreat area in Central Park, that’s popular with birdwatching enthusiasts. Christian Cooper, who is black, went to watch birds, and a white woman (Amy Cooper, unrelated) was there with her unleashed dog, something that is prohibited in the Ramble. Mr. Cooper asked her to put her dog on a leash, and after she refused and the conversation escalated, he began recording the incident on his smartphone. In response, Ms. Cooper threatened to call the police and tell them, “An African-American man is threatening my life.” She proceeded to do precisely that, feigning panic and pleading with the operator to send the police immediately. The situation eventually resolved itself, and by the time the police arrived, both had left the scene. Later, Mr. Cooper’s sister posted the video on social media, and it went viral.

Another video was recorded later that evening, this time in Minneapolis, Minn. It showed George Floyd lying face down on the street in handcuffs, and an officer (Derek Chauvin) with his knee on his neck for over eight minutes. Mr. Floyd can be heard repeatedly telling the officer he couldn’t breathe, but his cries for mercy went unheeded. He was motionless for the last three minutes of the video and was later pronounced dead at a local hospital. His death was ruled a homicide. The video was also posted on social media and went viral.

Two videos, recorded and released the same day, speak volumes about the reality of racial bias in our country. Simply put, we’re not where we should be, or even where we thought we were. African-American men share a common, multi-generational experience of being the objects of suspicion, confrontation, and harassment. Ms. Cooper attempted to use that to her advantage when she threatened not just to call the police, but to call and tell them an African-American man was threatening her. She knew at that moment, whether consciously or unconsciously, that playing the race card would make her story more believable. And she knew that he knew it, too.

Two videos, recorded and released the same day, have opened the eyes of many and prompted them to ask the same what-if question of both: What would have happened if there wasn’t a video? Would the officers in Minneapolis have been arrested, or would they still be on the street, with the report of resisting arrest unchallenged? What would have happened if the police arrived at the Ramble sooner? If there were no video, would they have believed a black man’s story that Ms. Cooper’s unlawfully unleashed dog was disturbing his birdwatching, or would they have believed her account that he was threatening her life? And the most sobering question of all: How many times have similar things happened and there was no video?

As believers, we understand that racism is a sin. It’s a carnally minded attempt to define and elevate one group over another and a contradiction to the biblical truth that every human being is created equally in the image of God from the same blood (Acts 17:26). Nevertheless, even believers who know the truth struggle with racial bias, whether knowingly or unknowingly. We live in a racialized society, governed by the prince of the power of the air (i.e., Satan), and only the Holy Spirit can transform our hearts to see everyone and love everyone the way God does.

Paul said he learned not to evaluate people from a worldly or fleshly point of view (2 Corinthians 5:16). He also told the Galatians that in Christ, all social and racial barriers are done away with (Galatians 3:28). Hence, letting go of racism is a natural part of the discipleship process. Holding on to racism is a sign of spiritual immaturity.

Two videos, recorded and released the same day, are a reminder to the church that we need to get busy sharing the gospel and making disciples. Racism is a stronghold that only the gospel has the power to tear down (2 Corinthians 10:3-5). The church has the message, but the world needs to see the church display the unity (oneness) that is a byproduct of believing the message. Unity requires relationships, and relationships require a commitment to listen, show grace, and confront biases when they are exposed without becoming defensive.

I encourage you to find brothers and sisters who don’t look like you and commit to listening, learning and loving. Prayerfully, next Memorial Day, more than two videos will be released, but this time of groups of white, black, brown and tan believers, gathered in living rooms and around grills, laughing and loving on each other with the love of Christ. Wouldn’t it be great if that went viral?