Worldwide, the Christian church continues to be persecuted. Statistics often differ, but they clearly show a pandemic of a different nature.

According to the World Watch List from Open Doors, eight Christians died every day in 2019 for their faith in Christ. 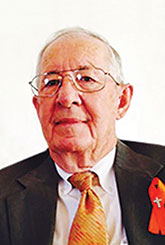 Jesse French, founder of Operation Orange Ribbon, a South Carolina-based ministry dedicated to helping persecuted Christians, stated that 1,000 Christians a month are “executed for their faith.” Joshua Youssef, president of “Help the Persecuted Church,” presents a more dire number: “Every six minutes, a Christian is killed for following Jesus.” He continued, “Christianity is the most persecuted religion worldwide and Islamic extremism is the number one driver of persecution.”

The Southern Baptist Convention has set aside June 7 as a day of prayer for the persecuted church. International Mission Board President Paul Chitwood stated, “Prayer is our greatest resource in the Great Commission, and it is also the greatest act of compassion we could perform for our brothers and sisters around the globe who are enduring persecution.”

IMB staff member Ann Lovell wrote, “Overall, 260 million Christians experienced high levels of persecution in the top 50 countries on the World Watch List in 2019. The top five include North Korea, Afghanistan, Somalia, Libya and Pakistan. Approximately 60 missionaries and children have died due to violent circumstances while serving with the International Mission Board since the organization’s founding in 1845.”

J. Landrum Holmes was the first SBC missionary to be killed while serving in China. According to IMB Global research team member Scott Peterson, the couple was appointed in 1858 and arrived in China in 1859. Less than three years later, Holmes was murdered by Taiping rebels. His wife, Sallie, chose to stay in China with her newborn son.

Peterson wrote that Sallie said, “I think I might probably be instrumental in the conversion of more persons at home than here, but if I went home for that and other missionaries acted upon the same principle, I doubt if there would be a missionary left in China.” She later moved from Chefoo to Tung Chow and remained in China for 20 years. During that time, she mentored a young female missionary who became one of Southern Baptists’ most celebrated missionaries — Lottie Moon.

The COVID-19 pandemic seems to have increased persecution against Christians. Voice of the Martyrs reports that in India, Christians are among the poorest segments of the population and are “frequently neglected when humanitarian aid is distributed. On more than one occasion in Pakistan, people have been refused food unless they were Muslim.” French observed that “India has increased its persecution of Christians, and even Muslims, in an effort to make the country exclusively Hindu.”

French, who is also a member of Simpsonville First Baptist Church, stated, “For the past several months, we have been concentrating on helping individuals on the frontline who are being persecuted.” Operation Orange Ribbon recently helped two sisters in fourth and sixth grade to transfer from a Muslim school, where they were required to memorize large portions of the Koran, to a private school that teaches Christian classes. “Their new school has outperformed the state school academically for the last five years,” French said.

OOR is paying for the girls’ tuition until they graduate. Their dad converted from Islam to Christianity and was immediately disowned by his family and lost his job. The extended family placed the girls in the Muslim school. Working through local missionaries in Kenya, OOR was able to rescue the girls and support the family. French noted, “We cannot make a large impact on a community, so we focus on specific families or individuals where we can make a large, sometimes life-changing, impact.”

Richard Wurmbrand, the founder of Voice of the Martyrs and author of the book, “Tortured for Christ,” was a Jewish man who trusted Christ as Savior in Romania. As a result of his obedience to God’s Word, he was imprisoned and beaten several times. In 1966, he testified before a subcommittee of the United States Senate and pulled up his shirt, showing the members 18 scars from his torture.

Today, Voice of the Martyrs serves persecuted Christians in more than 60 countries. Recently, the organization shared that “not long ago” a pastor was kidnapped. His wife searched for him for over a month, finally asking officials where he was. The response was, “We executed him two weeks ago. Tell your Jesus to come and make him alive.”

The ongoing persecution of God’s church is real. Southern Baptist missionaries are among those who face dangers and life-threatening situations in different locations around the globe. Jesus warned in John 15:20, “If they persecuted me, they will also persecute you.” Paul wrote in 2 Corinthians 4:9 that God’s people are “persecuted but not forgotten.” June 7 can be a great time for intensified prayer, focusing on those who are persecuted for Christ’s sake.