Four months after her mother died of cancer, Ginny Dent Brant, of Seneca, was told by doctors she had an aggressive form of breast cancer. Having just watched her mother’s battle, Brant immersed herself in research to find out what she could do in addition to traditional treatments to help her doctors beat her cancer. The steps she took to change her lifestyle during her six-year battle with cancer are detailed in her new book, “Unleash Your God-given Healing: Eight Steps to Prevent and Survive Cancer.”

“My diagnosis sent me on a quest to discover why I got an aggressive and deadly cancer for which I had no risk factors or genetic indicators,” Brant said. “I read over 50 books on cancer written by doctors, scientists, nutritionists, etc. I attended medical and cancer summits online and in-person conferences where cancer experts lecture. I searched the medical and science journals tirelessly to connect the dots between the Bible, nutrition, the science of how the immune system works, and conventional and integrative medicine.” 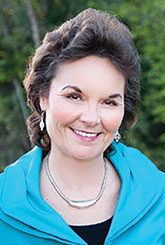 Her doctors were amazed when her blood work six weeks after chemotherapy showed that the red and white blood cells and platelets were all within normal ranges, which usually takes two to five years. Brant believes the steps she took to improve her prognosis and rebuild her immune system and overall health can also be used to combat viruses such as COVID-19 as well as other chronic diseases.

Brant, who served eight years as a trustee of the International Mission Board and has participated in mission work in Yemen, Gaza, the Czech Republic, Russia, China, and Romania, said her battle with cancer has strengthened another element of healing — her faith.

“I thank God for each day. I’m grateful for how He has created the body to heal and repair itself. It’s all a part of His miraculous design, but we must do our part,” she said.

For her cancer prevention blog and more information about “Unleash Your God-given Healing,” visit www.ginnybrant.com.