Continuing our overview of past U.S. presidents, I’d like to skip ahead to our 16th president, Abraham Lincoln. On Feb. 12, 1809, Lincoln was born in a small log cabin near Hodgenville, Ky. He and his family moved to the frontier of Indiana at the age of eight. Two years later, his mother, Nancy, passed away when he was just 10 years old. This loss affected him greatly, and he eventually grew distant from his father, Thomas, as he became resentful of the work and responsibility placed on him at such a young age. He spent brief periods of time in school but often had to work to help support his family.

Lincoln first got involved in politics after settling in a small town in southern Illinois. There he worked as a postmaster and shopkeeper. Lincoln was first elected to the Illinois state legislature in 1834. He passed the bar examination in 1836 after teaching himself law and moved to Springfield, Ill., to work as a lawyer. It was at that time that he met his future wife, Mary Todd. In 1846, he was elected to the U.S. House of Representatives. For some years, Lincoln took a step back from politics, but later ran for the Senate in 1856. His decision to re-enter the political ring was largely because of his opposition to slavery spreading across the territories. He lost that election, but his many impassioned speeches and debates made a name for himself. He was eventually elected as our 16th president and was inaugurated in March of 1861.

His inauguration was celebrated with a gathering of his supporters and other members of the party. At the reception, there were all the usual refreshments but also included one that Lincoln particularly enjoyed — fruit cookies (see recipe below).

Many southern states had seceded from the Union by the time Lincoln took office. Following the Civil War, Lincoln issued the Emancipation Proclamation, freeing all slaves within the Confederacy. When the Civil War began, Lincoln’s purpose was to preserve the Union. After the Proclamation, his goal was also abolition of slavery.

Lincoln was reelected to the presidency in 1864. In his second inaugural speech in March of 1865, Lincoln exclaimed, “With malice toward none; with charity for all.” After the war, he was determined to rebuild and reconstruct the land. Unfortunately, Lincoln did not get the chance. He was killed by John Wilkes Booth, a Confederate sympathizer, in April of 1865 at Ford’s Theatre in Washington, D.C. His assassination made him a national martyr, and thereafter he became known as one of the greatest U.S. presidents in history.

In a large bowl, cream together sugar and butter until fluffy. Add eggs and water and combine thoroughly. In another bowl, sift flour, soda, salt and cinnamon. Combine dry ingredients with butter and sugar mixture. Fold in the fruits and nuts. Drop by teaspoon onto a greased cookie sheet. Bake for 15 minutes. Remove to a rack to cool. 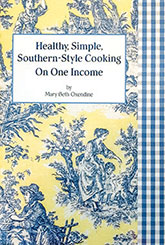