The International Mission Board is reporting a 2019-20 Lottie Moon Christmas Offering total of $159.5 million, the second highest offering in history. 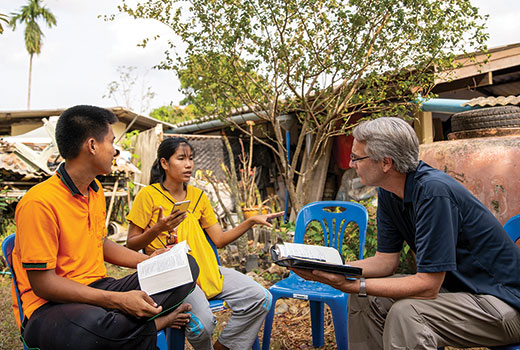 This year’s generous gift is all the more celebrated during a year in which many families worldwide experienced significant loss of income due to COVID-19.

“Everything we thought COVID-19 would take away from us, God gave back — and more — through the Lottie Moon offering and the generosity of the Southern Baptist family,” said Price Jett, IMB vice president of finance, logistics, travel and technology. “God has blessed IMB the past year, just as He has for 175 years. I have to believe He has big plans in store for Southern Baptist missions.”

“The sacrificial gifts offered by faithful Southern Baptists this giving cycle are substantial enough to tip the scales of eternity in favor of the kingdom,” Wisdom-Martin said.

“Names will be written in the Lamb’s Book of Life as a result of what was stewarded well. What a privilege to join God in His redemptive work in the world,” she said.

The Lottie Moon Christmas Offering supports more than 3,500 full-time missionaries and their families. These personnel live among the lost in order to reach the nations with the gospel.

This year’s Lottie Moon and Week of Prayer stories emphasize God’s goodness of provision, but also the vast needs that remain. From a children’s shelter in Kenya, to a fish farm in Peru, to a radio ministry in Europe and a clinic in Thailand, God is at work but also revealing the significant need of the nations to turn to Him.

Charlie and Shannon Worthy build strong partnerships with believers in Italy to advance the gospel. They understand that working alongside local believers to plant churches and disciple believers will produce fruit long after their time there as missionaries comes to an end. And the support they receive from Southern Baptists makes all the difference.

Chitwood urged churches to remain committed to the task, even as they take time to celebrate His generous provision. “Please join us as we step into a new fiscal year, trusting God and calling upon you to be generous in your praying, sending, going, and your increased giving through the Lottie Moon Christmas Offering. There is no greater work than the one we share in proclaiming Christ to people groups who have never heard of His great name!”