From the author who brought to life the intimate stories of historic women of missions comes Rosalie Hall Hunt’s own story, “6 Yellow Balloons,” her memoir of growing up in China as a “missionary kid” and following God’s call to become an international missionary herself.

At times funny, sorrowful and exhilarating, her story is one to which every “third-culture kid” can relate. Her early years in China will ring a bell for those who have found themselves in unfamiliar territory or uncharted cultural waters. Her book reveals how six yellow balloons provided a touchstone for an eight-year-old thrust into the midst of all things new, setting the stage for a life devoted to missions service.

“6 Yellow Balloons” (Courier Publishing, 276 pages, $25) spans more than two generations and looks at the evolvement of overseas missions through the years. 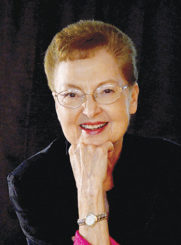 Hunt says she put off writing her family’s story for more than 25 years, and after she finally started, she understood why.

“It is incredibly difficult, and often painful, to write about yourself,” she said. “You know too much, and sometimes it hurts. However, once I started, I just couldn’t quit.”

“Some days, I could scarcely bring myself to put a particularly painful event into words. Other times, the words tumbled all over each other as they landed on the paper. I would frequently grin at some silly incident, and other times unaccountably sit with tears running down my cheeks.”

It took Hunt a month to sort through thousands of pictures from a dozen countries and covering at least 13 decades, along with hundreds of letters she had sent her mother while serving overseas.

The resulting family story will be told in two volumes, with “6 Yellow Balloons” encompassing 1897 to 1962 (the year Hunt and her husband, Bob, were appointed as missionaries). The second volume, in progress, will pick up in 1962 and conclude with the Hunts’ return to China in 2010. 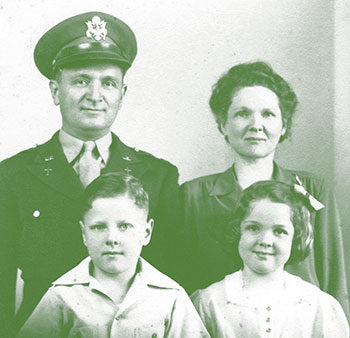 The Hall family in 1945: parents Harold and Alice, brother Arthur, and Rosalie.

“6 Yellow Balloons” is Hunt’s own missions adventure, and she hopes the reader will come along for her “journey of legacy” back home to China.

“Rosalie Hall Hunt has captivated our hearts with beautiful mission stories of others,” said Sandy Wisdom-Martin, executive director-treasurer of Woman’s Missionary Union, SBC. “Now we sit at her feet, eager to hear her own story.”

Jennifer Rash, president and editor-in-chief of Alabama Baptist Media, said she could listen to Rosalie Hall Hunt’s stories for hours “and still leave wanting a few more nuggets. Now we have the privilege of seeing behind the scenes of her storied life.”

Taylor Field, founder and director of Graffiti, New York City Homeless Ministries, said, “Hunt’s insight and excitement are contagious,” and David George, president of WMU Foundation, described Hunt’s book as an “incredible account of a family committed to the mission of God.”

A sought-after speaker, Hunt is a retired Baptist missionary who served with her husband, Bob, and has taught in Myanmar, South Asia, Australia, the Philippines, China, Hong Kong, and Taiwan. She is the author of books on Hephzibah Jenkins Townsend, Ann Judson, Fannie Heck and Kathleen Mallory, among others.

To purchase a signed copy of “6 Yellow Balloons,” visit RosalieHallHunt.com. All profits will be used to support missions work.