Pastor Ron Henderson’s father, Coach Roy Henderson, was committed to helping others achieve dreams and succeed in sports and life. He instilled that same passion for seeing people’s lives change for the better in his son.

“Not only was he my father,” said Henderson, “he was dad to a community of young men, many of whom he helped turn around and gave them hope. He provided a vision, a role model.”

His father, a high school physical education teacher and championship coach, was something of a perfectionist, Henderson recalled. “Anything he went after, he went after it wholeheartedly,” Henderson said. “He never did anything halfway. He did everything to the fullest, with all of his energy.”

In fact, some of Coach Roy’s former players at Carver High School went on to play for professional football and baseball teams or become track stars. “I still hear stories about my dad,” Henderson said. “How he took kids who probably might have never gone anywhere … and one of them became superintendent of District 7 schools, and another became the first Black mayor of Spartanburg.”

So, one would expect Henderson to follow his dad’s lead as a trailblazer with a heart for people, too. In May, Henderson, a former auto salesman who answered a call to ministry late in life, celebrated 16 years as pastor of Mt. Nebo Baptist Church in Spartanburg. 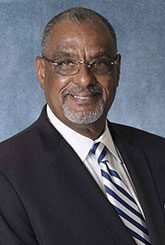 Currently, Henderson is serving as first vice president of the South Carolina Baptist Convention, alongside President Alex Sands of Kingdom Life Church in Simpsonville. The duo are the state convention’s first African-Americans to hold its top elected posts in its 200-year history.

To a young Henderson, though, his father appeared “bigger than life.” A Navy veteran, Roy was a graduate of South Carolina State University, where he was later named to its Athletic Hall of Fame. He also earned a master’s degree from the University of Indiana.

Not only was Roy an outstanding coach, educator and school administrator from 1952 to 1984, he also was a civic leader, serving on the Spartanburg City Council in the 1990s and as Mayor Pro Tem. He also was president of the Spartanburg branch of the NAACP.

“The biggest thing about my dad, I guess, was that he taught me how to have that tenacity and intensity,” Henderson said. “If you’re going to do something, you don’t just halfway do it, you do it all the way.” 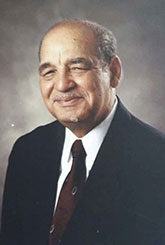 His dad also taught him about overcoming adversity and overachieving. “When I was in high school, there were some times that I dealt with discrimination, and he told me, ‘Get up, do better, try harder,’ Henderson recalled. “Years later, he told me that he didn’t want to scar me. He wanted me to be able to move forward.

But growing up, it was his mom, now 94, who impacted him most with her Christian faith, Henderson noted. She was honored recently by the Spartanburg City Council, which proclaim May 10 as Roberta Mattison Henderson Day.

His dad, he said, “got saved late in life.” Even so, his father’s name appears on the cornerstones of two area churches, Macedonia Baptist Church and Majority Baptist Church, where he was a deacon.

“My dad showed me how you could have a transformation. How you can go from being lost to being found,” Henderson said. “I think my dad really showed me how, no matter how far you’ve gone away … God can change your life. I saw God move in his life and turn his life around, to where he served the Lord.”

Henderson treasures the time he spent with his father, whom he said was “an awesome dad.” And, right before his father passed away in 2013, his dad told him that “he was proud of what God was doing with me,” Henderson recalled.

Like his father, Henderson wants to set a good example of having a kind heart for others. “Talking about my dad, people would say, even in situations where he didn’t agree with you, where you could be in a room and argue a point, especially in politics — then in the end, he’d give you a ride home. Because it wasn’t personal, “ Henderson explained. “It had to do with what he believed in.

“I try to be like that,” Henderson added. “He loved people. You might not like what they do, but you have to love them. He had a genuine love for people.”

That’s a quality Henderson said he has tried to instill in his own children, Keri and Bethany.

“I have two wonderful daughters, and I’m proud of them,” he beamed. “I’m proud of how they’ve developed. I know both of them really love the Lord. Both of them are saved. I believe they’re good role models to their peers.