Baptists have long been standard-bearers of freedom of conscience for everyone, even for fellow citizens marketing ideas we might find objectionable. In fact, it is fair to say that America would have run on a decidedly different track had our Baptist forebears abandoned that foundational cause. Doing so might have rendered life more comfortable in their social circles had they kept their mouths shut, but Baptists refused to be derailed.

Righteousness required defending the rights of others to speak their minds as they secured that same God-given freedom for themselves. In an early demonstration of the “no pain, no gain” principle, Baptists left the coach section to become conductors on the freedom train. Their Scripture-saturated conscience would stand for nothing less. Neither should ours. 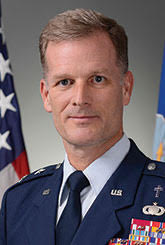 Like our sectarian ancestors, we Southern Baptists have never considered freedom of conscience optional or ornamental, going so far as to enshrine religious liberty as a core tenet of our confession of faith. Why? In the words of Article XVII of The Baptist Faith and Message 2000, “God alone is the Lord of the conscience, and He has left it free from the doctrines and commandments of men which are contrary to His Word or not contained in it.”

God will never be dethroned by interlopers who claim to have uncovered an idea better than the gospel. Clearly, no such idea exists, so He remains unthreatened by an arrangement that gives every philosophy the right to vie for customers in the marketplace of ideas. He created every competitor in that marketplace in His image (Genesis 1:27), and He holds each one personally accountable for what they do with Jesus (Romans 14:12; 2 Corinthians 5:10; Hebrews 9:27).

Because His way is supreme, God is more than willing for even the most “wackadoodle” to peddle their wares. Thinking Christians take on all comers, but our confession has always confirmed that conversion must be the fruit of conviction rather than coercion. From ancient times to our own, the gospel has seemed like a “stumbling block” to some and as “foolishness” to others, “but we preach Christ crucified: … the power of God and the wisdom of God. For the foolishness of God is wiser than human wisdom, and the weakness of God is stronger than human strength” (1 Corinthians 1:23-25).

The Word has a way with words. So let the games begin, and may the best plan win.

Nearly three decades ago, long before fanatical secularism locked society in this current stranglehold, John MacArthur lamented “the vanishing conscience” in both the culture and the church. Likening the human conscience to an aircraft’s early warning system that screams “Pull up! Pull up before we crash and burn!” MacArthur observed that we have abandoned the Bible’s view of sin so we can feel better about ourselves. Because that ear-piercing Klaxon makes us uncomfortable, our culture has disarmed the very system designed to save us from destruction. So much for “no pain, no gain.”

In ways large and small, subtle and not-so-subtle, we have “exchanged the truth of God for a lie” (Romans 1:25), displacing God so we can call the shots. Because the Lord grants us freedom of conscience, we are free to suffer the effects of going our own way rather than His. But as the people of God have always known, when “there [is] no king in Israel” and “everyone [does] what [is] right in his own eyes” (Judges 21:25), the story does not end well.

Going God’s way produces a radically better ending, in the here and the hereafter. Aligning your conscience with His truth results in the thrill of victory. Living “your truth” only leads to the agony of defeat. Jesus said it best: “If you hold to my teaching, you are really my disciples. Then you will know the truth, and the truth will set you free” (John 8:31-32).

What good is freedom of conscience if its free exercise lands you in a prison of your own making? As they say, ideas have consequences; bad ideas have victims. Why return to “those weak and miserable” principles that bound you before? “Do you wish to be enslaved by them all over again” (Galatians 4:8-9)? Far better to remember that “it is for freedom that Christ has set us free. Stand firm, then, and do not let yourselves be burdened again by a yoke of slavery” (Galatians 5:1).

As your conscience and my conscience increasingly reflect Christ along the way, our collective Christian conscience can again become the marinade our society needs to repair its palate. We can be the remnant God uses to bring about revival so others can “taste and see that the Lord is good” (Psalm 34:8). We can be the load-bearing wall God erects to show our neighbors that “unless the Lord builds the house, the builders labor in vain” (Psalm 127:1). How freeing that would be. For thinking Christians, there is no better ending to this story than that.