The first overt full-throttled insurrection against God’s truth was perpetrated by our first parents, Adam and Eve. Since that catastrophic day, the rebellion has gone on unabated by the human race. Humanity has been in opposition to God’s truth since Genesis 3.

In that chapter, God laid down some very clear objective truth claims to Adam and Eve. The first couple was not confused. They knew what the Lord was expecting of them. Yet, the serpent contradicted God’s Word. Adam and Eve, who had been placed in the beauty of the garden by the Lord Himself, willfully disobeyed God and listened to the lies of the devil. 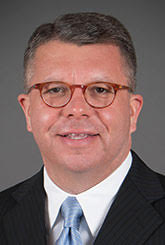 The rebellion is ongoing, but the outcome is not in question. Revelation 11:15 declares the end when it proclaims, “The kingdoms of this world are become the kingdoms of our Lord, and of his Christ; and he shall reign for ever and ever.”

Several attributes about God’s truth are worthy of mention:

First, God’s truth is knowable. The truth of God is found in the 66 books of the Old and New Testaments. His Word is authoritative, infallible, inerrant, and sufficient. Without the Bible, there is no basis for moral judgment. A rejection of the truth of the Bible leaves morality in the hands of the ones with the most votes. We need not wring our hands wondering what God has said. He has revealed Himself in actual words. He inspired men through the Holy Spirit to write His Word by rendering them His instruments for recording His mind and will.

Second, God’s truth is unchanging. The Bible is living and active, but it does not change. The prophet Isaiah asserted, “The grass withers, the flower fades, but the word of our God will stand forever.” James, the half-brother of Jesus, said, “Every good gift and every perfect gift is from above, coming down from the Father of lights with whom there is no variation or shadow due to change.” Laws change, governments change, constitutions change — but God’s truth is settled in heaven.

Third, God’s truth is precious. His commands are not burdensome. There is a preciousness in God’s truth that comforts the soul, guides the confused, stabilizes the traumatized, and confronts the sinner. It is a bitter pleasure when the Word of God does surgery upon the heart.

Fourth, God’s truth is life-changing. God’s Word is “active.” It is working to bring down the rebellion. The Word rebukes, corrects, and exhorts believers. The New Testament proclaims Jesus as the King, bringing an end to the rebellion and establishing His kingdom.

In spite of these attributes of God’s truth, humanity remains in rebellion. The mutiny against God’s rule in our lives arises from humanity’s desire for self-rule. Opposition to God’s truth is about the sin of pride and self-exaltation. Men and women and boys and girls want to be the pilot. They want to be the masters of their own fate. Every sin, every slight of the Lord, every godless thought is God’s image bearers shaking a proverbial fist in God’s face and saying, “I know better than You do. Stay out of my business!” This attitude does not mesh well with Psalm 115:3: “Our God is in the heavens; he does all that he pleases,” or Psalm 2:4, “He who sits in the heavens laughs; the Lord holds them in derision.”

Given the nature of God’s Word and the rebellion of humanity that is at full blast, how should believers respond to the opposition in the culture to God’s truth?

First, believers should respond with conviction. Like the three Hebrew boys in the fiery furnace and Daniel in the lion’s den, believers must develop conviction about God’s truth. A conviction about what God says concerning issues in our world is cultivated through study of the Bible, instruction in the church, and a firm resolve that God has spoken.

Second, believers need to respond with clarity. Many believers are afraid to speak when the culture opposes God’s truth. Where the Bible is clear, we need to be clear. The followers of Christ need to use extreme caution in not allowing politicians and political pundits to frame arguments for them. We are not looking to cable news for our talking points each day. Our talking points come from the sword of the Spirit. Our arguments need to be framed by the Word of God and our pastors and teachers.

Third, believers should speak with compassion. Conviction, clarity, and compassion are not in conflict. Our hearts should be broken when the culture opposes the Lord. The psalmist lamented, “My eyes shed streams of tears, because people do not keep your law” (Psalm 119:136).

Lastly, believers must count the cost of standing for truth. Paul reminded Timothy, “Indeed, all who desire to live a godly life in Christ Jesus will be persecuted” (2 Timothy 3:12). A believer who appeals to the truth revealed in Scripture may suffer the forfeiture of a promotion, a relationship, or a book deal. Those who are hopeless in this world, those who are blinded by the spirit of the age, those who are satanically controlled have no capacity for understanding truth. Lost people do not desire to worship the living God. They do not long to know Him through His Word. When sinners are confronted with the truth, they attack the messenger.