In 1534, King Henry VIII of England made a bold claim that he was the sole head of the Church of England. In that act, he merged the power of his throne with the power of heaven itself. The divine right of kings, reflected in this assertion, meant that everyone had to obey the king because he stood as a national mediator between God and God’s people. Henry unleashed the awesome power of the state against non-conformists who refused to submit to the edicts of the state religion, acting as the supreme earthly authority.

The New Testament is clear that there is one Mediator between God and man, Jesus Christ Himself (1 Timothy 2:1-6), and that all will stand before God to give an account of their lives (Romans 14:10-12). Baptists in particular have historically understood these Scriptures (and many others) to mean that each person has “soul competency” before God in matters of faith. It is no coincidence, then, that when Baptist leader Roger Williams (1603-1683) established the commonwealth of Rhode Island, “soul liberty” was one of the colony’s foundational principles. Another early Baptist leader, John Leland (1754-1841), deeply shaped the emerging commitments of the Republic’s earliest days. 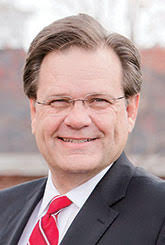 Baptists of the Danbury Association in Connecticut wrote to President Thomas Jefferson in 1801 to implore his support for a separation between church and state. Jefferson’s affirmation of this separation proved deeply influential in the nation’s public policy and has been widely affirmed for its protection of religious beliefs.

More recently, in 1963, another Baptist pastor, Martin Luther King Jr., in his seminal essay, “Letter from a Birmingham Jail,” asserted that God’s laws are superior to man’s. Only laws that “square” with God’s laws are indeed “just” and worth obeying. Citizens are bound to obey the superior moral law and disobey the immoral, seeking to be aligned with God’s foundational principles.

Interestingly, these ideas that Baptists have championed for four centuries now have influenced not only American ideas but international law. Even the deeply secular Universal Declaration of Human Rights states that “everyone has the right to freedom of thought, conscience and religion; this right includes freedom … to manifest his religion or belief in teaching practice, worship and observance” (Article 18).

Certainly oppression has been a part of the human condition for as long as civilizations have existed. Sometimes the conflicts are between religions (such as the martial conflicts between Muslims and Christians since the Middle Ages along the European and Afro-Asian borders, as well as current conflicts between fundamentalist branches of religions around the world). Sometimes the persecution is secular, with materialistic philosophies like Marxism opposing any sort of religious belief, such as what we are seeing in China relative to Christian churches and Uyghur Muslims. Sometimes it relates to cultural shaming, such as that of large corporations that throttle expressions of biblical faith. The variety and breadth of oppression reveals that this is a uniquely human problem, rooted in the fallenness of human nature. Likewise, it is not merely a modern problem, but one that has affected and afflicted all cultures in all times.

One of the concepts that Baptists have articulated and refined is that of the biblical nature of authority: The right order of creation in this world is God to humankind to the created world (see Hebrews 2:6-8, for example). This means that the state cannot stand between God and humankind; indeed, the U.S. form of government holds that God directly grants rights to all people — natural rights — and that the government has the responsibility to protect those rights among each of its citizens. Among these rights is the freedom to worship God as each person sees fit, whether privately or corporately, and to live life in accordance with one’s conscience.

In contemporary culture, religious liberty often conflicts with more secular thought, where non-religious views of life, marriage, and ethics are at odds with not only biblically faithful orthodoxy but also the traditions and beliefs of non-Christian religions. The Supreme Court docket is filled with these conflicts that must be resolved legally. Statehouses are constantly undertaking legislation to either amend or defend positions that touch on religious conscience and practice.

We are blessed to live in a country with long-standing traditions regarding religious liberty, but we are more blessed

to have the opportunity to stand before a Holy God and give accountability to Him for our lives, knowing that we have a Mediator — an Advocate — in Christ Jesus who will defend us with His own life. Religious liberty is just one fruit of the sacrificial mission of Christ here on earth. We should never forget the true cost of this natural right we each possess.

— Gene Fant is president of North Greenville University and works with a variety of religious liberty organizations, including Alliance Defending Freedom.