Race relations is a sociological concept that involves the study of relations between races and the effectiveness of practices designed to improve these relations.

Using survey data, Manhattan Institute political scientist Eric Kaufmann reported earlier this spring that “at a time when racist attitudes and behavior have never been more positive, pessimism about race and race relations has increased in America.” Kaufmann confirms that racial attitudes have been trending toward more tolerance for well over half a century.

The goal of race relations is continuous. Because of human imperfection and sinfulness, all human relations are a never-ending activity. In the public square, the challenge is that we try to address social challenges through politics, power, and secular justice in spite of the fact that we know these approaches don’t work completely — or sometimes not at all. Sometimes they seem to do more harm than good. 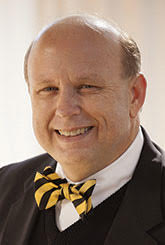 That’s because good race relations are a spiritual matter. We cannot approach it with secular eyes alone. The best and only lasting approach to human relations is through the lens of Christ — the love of God, embodied and widely lived out among people of the faith. But how do we do this?

With hundreds of laws in the Torah (the Jewish Bible), Jesus summed them up into two: Love God, and love your neighbor (Luke 10:26-28) — the great commandments. Every other law is derived from these two. They are also the beginning of good race relations, but that’s not typically the starting point for secular America.

Too many folks attempt to find their “identity” in the common experiences of their particular racial, cultural, or ethnic group. Being aware of cultural distinctions and keeping them alive is not a bad thing at all. But when our racial, cultural, and ethnic experiences define us more so than the good and redeemable things we hold in common as human beings (the “human race”), we’ve lost intellectual and spiritual perspective as well as the ability to genuinely improve much of anything.

By contrast, Christians are instructed to search for our identity not in cultural groups or even in universal humanity, but in Christ — with the confidence and assurance described in Hebrews 11:1. With our identity rooted in Christ, the great commandments become our real, passionate, urgent mission.

A few years ago at Anderson University, Daryl Iverson, an African-American colleague, courageously spoke up during a planning meeting and said, “I know we are all good people here at AU and we are hospitable and nice to one another, but I don’t think we are as welcoming as we believe.”

Iverson went on to explain that when African-Americans see one another in public, whether they know one another or not, they often acknowledge each other with a simple greeting and a smile.

Of course, not all people, even African-Americans, Iverson says, do that consistently. Yet, what if something as small as acknowledging and greeting every person with a smile could make a difference? In fact, it does. It defies the division of physical and cultural differences. It “breaks the ice.” It demonstrates something important to all individuals: immediate, unconditional respect.

Good race relations go beyond being nice. Race relations improve when we not only acknowledge one another, but when we actually care about one another and demonstrate that care in action. Then, I’ll want God’s best for you. I’ll want to learn from you, and be respectful, kind and hospitable to you. I’ll never consider myself above you, and I’ll treat you like you’re a blood relative regardless of the color of your skin, your past experiences, your income, or whether you agree with me on every topic. I’ll want the two of us to experience what the ancient Greeks called koinonia — fellowship, joint participation, the share which one has in anything, communion, things that lead to wholesome “flourishing of life,” etc.

Don Harper, retired Goodyear vice president, author, and Anderson’s current chair of our Board of Trust, shared this with me recently: “Being treated like a blood relative is exactly how we are to treat one another if we believe the Bible’s account of the flood in Genesis, chapter 6. All the world’s diversity came from those eight people who survived the flood.” And he’s right.

To be transparent, since Iverson enlightened me, I speak to just about everybody I pass these days, or at least try to do so. It’s brought more joy to my life to be appreciated in the form of a hearty response and most always a smile in return. It’s even opened the door to new and deep friendships.

But there’s one more thing God requires of us when relating to others: to do them justice. Not secular justice, but biblical justice.

We cannot allow differences to divide us. Christ has a purpose for everyone that transcends race, culture, and ethnicity. As Jessica Brodie writes, practicing koinonia brings “God [Jesus] and others into full unity with ourselves, pushing aside our own selfish concerns to embrace harmony, generosity, and accord.”

America has a verifiable history of slavery and racism. To admit that doesn’t implicate one as racist or indict our current national culture as predominantly racist. It’s simply a fact. While race relations have undeniably improved over the last 60 years or so, our history continues to strain our relations. We can’t turn something as large as a ship or a society on a dime. It takes a lot of time, incremental progress and reconciliation for a society to heal deep wounds.

The good news is that God has given us the love of Jesus and this wonderful gift called koinonia to overcome anything that hinders our will to relate to someone from outside our ethnographic culture or skin color.

Let us seek to fulfill the great commandments and live with koinonia in our hearts, heads, feet, and hands every moment of every day.