In a Sept. 30 open letter to the Executive Committee, the pastors stated, “(W)e resolutely stand behind the voice of the overwhelming majority of messengers at the 2021 Southern Baptist Convention in Nashville that the Executive Committee submit to a full, thorough, independent investigation into the handling of sexual abuse allegations.

“This work necessitates waiving attorney-client privilege — as the messengers directed — in order to unequivocally support a transparent investigation, engender trust from the churches and messengers, and, most importantly, show Christ-like love to victims of sexual abuse,” the S.C. pastors continued.

Powell added, “This statement is from some of the best pastors I know — all deeply committed to our cooperative mission, and all deeply concerned about what is happening with the Southern Baptist Executive Committee.”

Gary Hollingsworth, executive director-treasurer of the South Carolina Baptist Convention, told The Baptist Courier Sept. 30, “A group of pastors invited me to participate in a Zoom call, and I did. While these pastors do not speak for all South Carolina Baptists, they are all long-time, faithful supporters of the Cooperative Program. Their primary concern was the precedent of the Executive Committee — on the brink of ignoring the clear will of the SBC messengers.”

Hollingsworth passed the letter from the S.C. pastors along to Executive Committee President and CEO Ronnie Floyd out of respect for SBC polity.

A five-hour meeting by Executive Committee members on Tuesday (Sept. 28), after a seven-day extension of its earlier September meeting, included debate over three different motions and amendments toward negotiating a contract with the Sexual Abuse Task Force and Guidepost Solutions. The end result brought another agreement to extend discussions another seven days in order to pursue a potential agreement through what came to be called the Michigan model. 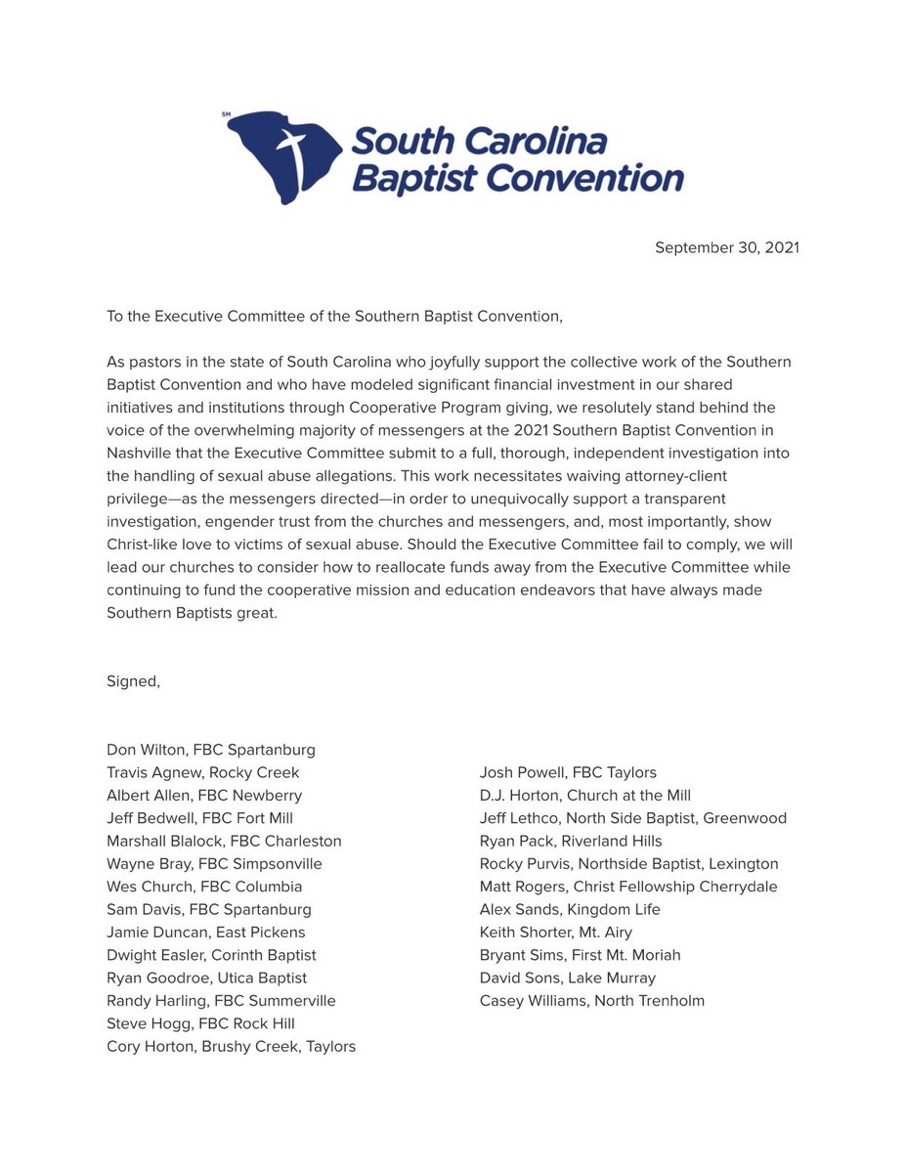