“We have churches ranging from desperate to recovering, and the desperate ones need help. They’re below I-10. Insurance rates are out of this world. It’s going to be tough for them,” Hebert said. “But most of our churches will be OK in the long run. It’s just right now, we have a crisis at hand and we need all the help we can get.”

Churches in several communities in Terrebonne, Lafourche, St. John the Baptist, and Jefferson parishes were damaged, including churches on the North Shore of Lake Pontchartrain and spanning more than 150 miles inland to Denham Springs. Ida killed at least eight people in the state. 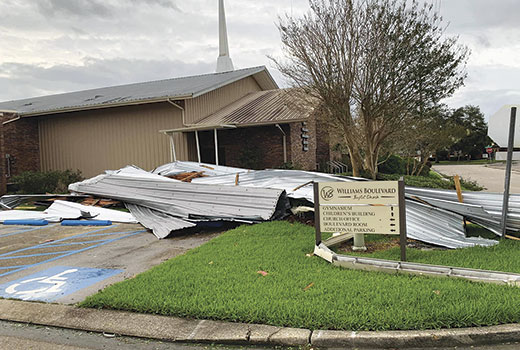 “We have discovered that a number of congregations in Louisiana do not have insurance, and this is significant,” said Randy Creamer, director of Disaster Relief for the South Carolina Baptist Convention. “South Carolina churches could contact us about adopting a church in Louisiana without insurance,” he added.

South Carolina Baptists had three teams of volunteers headed for Philadelphia as of Sept. 9, Creamer told The Baptist Courier, noting that more fatalities were caused by Hurricane Ida in the Northeast. “We will end up doing more work in Philadelphia long-term than Louisiana,” he said.

In the Northeast region that had been warned about potentially deadly flash flooding but hadn’t braced for such a blow from the no-longer-hurricane, the storm killed at least 22 people from Maryland to New York. Record flooding along the Schuylkill River in Pennsylvania inundated homes and commercial buildings, swamped highways, submerged cars and disrupted rail service. 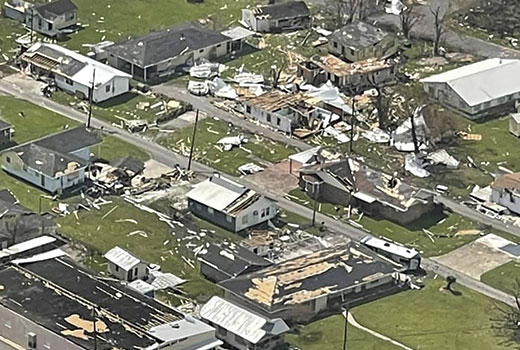 We need volunteers, we need money, we need relief supplies, and what we’re focused on right now is relief,” said Hebert, who is assisting churches and pastors in recovery efforts as Southern Baptist Disaster Relief focuses on the larger community. “The next phase of this is rebuild. You help them get stabilized, and then you can think about starting to rebuild and get it back the way it was. We need help getting these churches stabilized right now.”

Grand Isle, the lone inhabited barrier island on Louisiana’s Gulf Coast, was decimated in the storm. First Baptist Church of Grand Isle, the only Southern Baptist congregation there, already had been without a pastor for months, previous pastor Nathan Stanford said.

“Grand Isle is wiped out. I’m understanding that the devastation’s like we’ve never seen in a storm,” Hebert said. About 80 miles north of Grand Isle, the more than 30 churches in Terrebonne and Lafourche parishes were also hard-hit.

“The churches there, almost all of them are damaged — and damaged pretty severely,” Hebert said. “Roofs are gone. Pastors who live there, their homes are affected. Probably everybody down there has to have a roof. Unless it’s a real heavy-duty steel roof, it’s gone.”