From mystery writer Cynthia Winkler, author of “You Did Not Weep” and “Pieces of Silver,” comes a new political thriller, “Catch the Foxes” (Courier Publishing, 448 pages).

Chloe Buckner, a veteran of two tours of duty in Afghanistan, has been running from a bad marriage. She gets a job at Conway Resort, a good, safe place to work and raise her daughter. She believes she has finally found a chance at peace.

But then her past catches up with her — not just her past, but the past of American history itself, and the two converge at the resort in the middle of a hurricane, leaving the owners and workers under a death threat from the elements … and an unexpected enemy. With communications down, road access limited and an unidentified body in their possession, they have no way of escape. 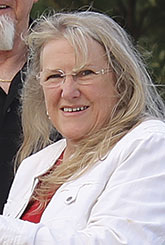 Fight is the only option. For the first time, Chloe regrets her decision to join a secret patriot group dedicated to the protection of documents and artifacts that secured her nation’s liberty. She surveys the dark landscape, her nerve endings vibrating, anticipating the worst. It feels like Afghanistan all over again, only this time the war has come knocking at her front door.

Cynthia Winkler, who writes from a Christian worldview, is the author of four previous novels. She is also an award-winning poet and expresses her love for the Scriptures as a Bible teacher and as a volunteer in a Christian after-school program for children. She resides in Fair Play, S.C., with Paul, her husband, where they attend Earle’s Grove Baptist Church.