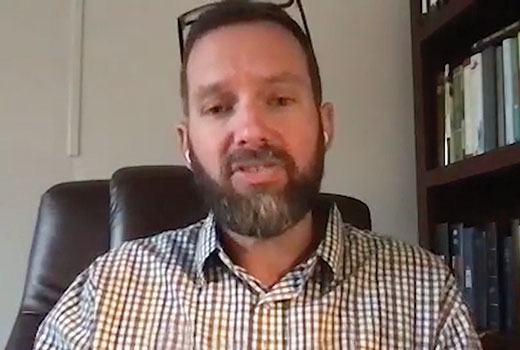 An investigative report by the Houston Chronicle in 2019 created shock and surprise among Southern Baptists. The newspaper, at that time, stated there were 700 victims of sexual abuse in Southern Baptist churches and 380 people identified as abusers — with 200 who had either confessed, resigned from the church, or were spending time in prison.

The SBC responded by creating a Credentials Committee that was assigned to focus on sexual abuse, racial discrimination, and violations of the Baptist Faith and Message. If a church was found guilty, they would be disfellowshipped by the Executive Committee. A few churches were. The Caring Well Challenge was created by the Ethics & Religious Liberty Commission and the Executive Committee to train churches how to rightly handle and prevent sexual abuse. Even so, it appeared that survivors of sexual abuse too often were met with a dismissive attitude by church and denominational leaders.

Courier: What is the Executive Committee, and what does it do?

Dwight Easler: It is my understanding, as a six-year member of the EC, that we do two primary things. First, we are enforcers of what the messengers decide to do. We collect the Cooperative Program money, and we make sure it gets to where the messengers have decided it should go. Our other role is to act between conventions (the SBC meets only two days every year) for the convention when decisions must be made. A lot of things on the floor of the SBC are referred to the EC.

David Sons:If you think about your local church, the EC really operates kind of like the finance committee. We take the receipts that have been given through the Cooperative Program and allocate those receipts as directed by the messengers to the entities. Then we operate ad interim between the annual meetings. Ultimately, we are trustees.

Courier: How does this decision by the Executive Committee trustees relate to our polity as Southern Baptists and your fiduciary responsibility as trustees?

David: Being a fiduciary, I understand that means we are held in trust by the messengers who have appointed us to act in the best interests of the SBC. I think, over the last few years specifically, there has been an erosion of trust by the messengers toward the EC. If we are going to be good fiduciaries, we have to do what we can to restore the trust that has been lost. I really felt like this was an opportunity for us to restore some of that trust. Some of the actions, or inactions, that the EC has taken over the last few years caused the messengers in Nashville to say, “We don’t trust you to handle this. We are going to appoint a sexual abuse task force, and we are going to ask for third-party investigation, and we are going to ask the EC to stay out of this.”

This issue of liability is important. There is a risk involved doing these things either way (waiving privilege or not waiving privilege). One of the things that I’ve tried to remember is that it is not the waiver of attorney-client privilege that opens you to liability. Wrongdoing opens you up to liability. The most important thing for us is to do what is right, not what we are expected to do by attorneys or outside counsel, but by our Lord and Savior, who has clearly told us that we are to operate with integrity.

This is not an investigation of any other entity, seminary, or the mission boards. This is specifically about the Executive Committee. What Guidepost is going to look at from 2000 to 2021 is specifically the issue of sexual abuse at the EC.

Courier: Many Southern Baptists are saying we have a crisis of leadership at the EC, and they point primarily to Ronnie Floyd, the president of the EC.

Dwight:He’s only really been in leadership for 27 months. Much of the discussion of what we are investigating may be beyond his leadership. I don’t know. It depends on what Guidepost finds.

David: This was my first meeting. Dr. Floyd has been very kind and gracious. I want to be careful that this does not become a referendum on Ronnie Floyd. This is really about sexual abuse survivors. It is about caring well for survivors and creating an environment and a culture where these things don’t happen. It is about restoring the trust of the Executive Committee to the messengers of the SBC. It is about the future of the SBC. I hope we investigate this and find that everything has been done above board, but I think there is credible evidence that leads us to believe otherwise.

Dwight and David voted to waive attorney-client privilege in all three votes of the Executive Committee, and both said their hope was that Southern Baptists can make the right decision and confess if we should, repent if necessary, and make reconciliation and restitution if we need to. Both hope the SBC can move forward as “people committed to the Great Commandment and the Great Commission.”