This year, Lake Murray Baptist Church took up the largest Lottie Moon Christmas Offering in its 40-year history. The key words there are “this year” — that is, all 12 months.

Lead pastor David Sons said the church’s renewed emphasis on missions giving all year long is what made the difference. The largest Lottie offering in prior years was $20,000. This year’s was more than $35,000. 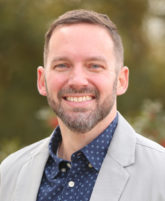 “Instead of just saying we’re going to really emphasize this for four weeks at Christmastime, we actually are, in some sense, giving to it all year long. It was exciting for me as a pastor to see our people give to the cause of missions, and I’ve just been blown away by people’s continued faithful generosity.”

In 2020, the church began emphasizing the importance of giving financially to missions by consolidating all of its missions giving efforts into one single offering taken throughout the year.

The fundraising effort was named “Gofundmissions,” and the donations collected went toward a variety of the church’s state and local ministry partners, including the Lottie Moon offering.

The church’s offering goal for 2021 was $66,000, but members ended up donating more than $75,000, with close to 50 percent of funds designated for the International Mission Board’s Lottie Moon offering.

Sons said he was pleasantly surprised with the increased offering his church of around 400 members gave, but is not entirely sure of the exact reason for the substantial increase.

One theory he has is the relationship and partnership Lake Murray maintains with IMB missionaries currently overseas.

Lake Murray has frequently sent mission teams to West Africa, but in the last two years, travel restrictions have made that impossible. Sons said the church was intentional about maintaining relationships with ministry partners there, despite being unable to go in person.

“We want to be a church that is generous and is serious about God’s call to take the gospel to the nations, and with missions we are all called to pray, pay and go,” he said. “Everyone is called to do one of those three things, if not all three. The ‘going’ part has become a little bit more complicated in the last two years or so, but there is no restriction on giving.”

Sons, who also serves as a trustee with the Southern Baptist Convention Executive Committee, said the importance of the Lottie Moon offering goes beyond a single church and displays the beautiful cooperation of the whole SBC.

Citing a well-known conversation between missionary William Carey and missions supporter Andrew Fuller, Sons explained that Carey was glad to go down in the pit if Fuller would hold the rope.

This illustrates the cooperation and partnership between convention churches and their missionaries.

“I’m thankful to be a part of the Southern Baptist Convention, where the emphasis is on the Great Commission, and it’s on giving and going,” Sons said.

“These are real brothers and sisters in Christ who have been called by the Lord to serve in really hard places. We actually have partners and people that we know who are serving on the field who are able to do the work God has called them to do because of the Lottie Moon Christmas Offering. It’s our honor to ‘hold the rope’ for our IMB missionaries.

“We can do more together than we can do on our own. Giving to the Lottie Moon offering really is about cooperation for the cause of missions. That goes to the very heart of who we are as Southern Baptists.”