The book publishing service was officially launched in 2013, but its beginnings stretch back further, to a meeting at a Shoney’s restaurant in Greenwood, S.C., in 1996. Don Kirkland, who was the new editor of The Courier, sat down to breakfast with Horace Sims, a pastor and popular local newspaper columnist, with an offer for him to produce a humor column for The Courier. Sims’ writing quickly captured an appreciative audience that stretched well beyond South Carolina and even the United States.

A year later, The Courier published some of Sims’ columns in booklet form for distribution at the annual meeting of the South Carolina Baptist Convention. It proved so popular that a second collection of Sims’ columns was published and distributed the next year. In 1999, The Courier published a compilation of Sims’ columns, along with several of his other writings, in a larger illustrated book, “Whistling at Snakes,” and offered it for sale to the public. Three separate printings of the book quickly sold out. “Whistling at Snakes” remains The Courier’s highest-circulated book.

In the ensuing years, Kirkland often talked of formally expanding The Courier’s publishing influence beyond its traditional role as a denominational news magazine. When he retired at the end of 2012, he passed the baton to incoming editor Rudy Gray.

Gray, an author who was no novice to the publishing world, took the idea and ran with it. In the fall of 2013, Courier Publishing was launched with the release of two books. Fittingly, one was a 15th-anniversary expanded edition of “Whistling at Snakes.” The other, “Worry: The Silent Killer,” was written by Gray himself and included teaching and insights he’d gained as a pastor and licensed Christian counselor.

“One of the goals of Courier Publishing was to simplify the publishing process for people who have written a manuscript but don’t know how to navigate the maze of book publishing,” Gray said. “From proofreading, to page and cover design, to placement in the national marketplace, to introducing new books to readers of The Baptist Courier, Courier Publishing began offering turnkey publishing options at affordable prices for all types of authors.”

One of Courier Publishing’s more notable titles (second in sales only to “Whistling at Snakes”) is Rosalie Hall Hunt’s “Her Way: The Remarkable Story of Hephzibah Jenkins Townsend,” published in 2016. Written in the style of an elaborately crafted novel, “Her Way” tells the true story of a 19th-century woman whose zeal and determination led to the founding of a missionary society that became the blueprint for missions-supporting organizations today, including Woman’s Missionary Union. Hunt’s book is also a love story — portraying the love between Hephzibah and her husband at their plantation home on Edisto Island, and Hephzibah’s benevolence toward the slaves who cared for her throughout her life. Hunt, a retired missionary and author of other books on female missions pioneers, often speaks at WMU meetings throughout the Southern Baptist Convention.

More recent titles from Courier Publishing include the following: 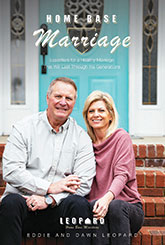 “Home Base Marriage,” by Eddie and Dawn Leopard

The Leopards’ book combines biblical teaching with illustrations from their own marriage to help guide others in building a solid and mutually supportive life with one’s spouse. The authors’ transparency is on full display as they take on such topics as family finances, intimacy, arguing, work, raising kids, caring for aging parents, and adjusting to the empty nest. The Leopards serve at Fairview Baptist Church in Greer, where Eddie is lead pastor. 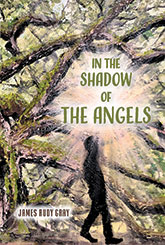 “In the Shadow of the Angels,” by James Rudy Gray

Gray believes Christians regularly encounter angels, though they may not always be aware of it. “Angels shadow us,” he said. “They watch us,

follow us, and get involved in this world as directed by God. Throughout human history, stories of mysterious visitors, miraculous interventions, and unimagined results abound.” Gray’s book includes his own experience involving an angel in the midst of a harrowing, life-threatening incident aboard an airplane. 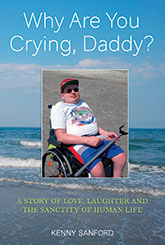 “Why Are You Crying, Daddy?” by Kenny Sanford

Is every life precious, or is it only when everything is “normal”? Sanford tackles that question by sharing the story of his son, Todd, born with hydrocephalus and spina bifida. Despite his challenges, Todd carves out a singular space within his family and community. His winsome personality and enthusiastic approach to life — from monitoring the weather, to studying and meeting politicians, to going on vacations to the beach — endear him to all who meet him. Todd’s non-normal life ends up making a difference in the world.

For more information on these and other books from Courier Publishing, visit CourierPublishing.com.