Want to help reach the world for Christ? You may not have to go all that far. You might start just by meeting the new families in your neighborhood.

Ethnic pastors, ministries and churches are a growing need across South Carolina, according to Ken Owens, leader of the South Carolina Baptist Convention’s Send Team. “Our state, like our country, is becoming increasingly more diverse,” Owens said.

“People are coming from around the world to South Carolina,” said Owens, whose team works with all ethnic groups other than Hispanics. “Over a quarter of a million people living in South Carolina are foreign born. Foreign students come here to study. Foreign businesses also come to South Carolina, and their leadership often comes with them.

“School districts across the state are even recruiting teachers from other countries to teach in our public schools to fill critical areas of teacher shortage,” he said. “We have refugees who are making their way here, like those coming from Afghanistan.”

Hispanics are by far the largest ethnic group in the state and, as such, demand more resources and more developed training for church planters. Cliff Marshall, team leader for the SCBC’s Start Team, coordinates Hispanic church-planting efforts across the state.

“With the growth of the Hispanic population in almost every region of our state, the need for new churches where the gospel message is communicated in Spanish has never been greater,” said Marshall.

Robbie McAlister, the SCBC’s People Group strategist, is helping churches and associations identify the various people groups in their area and make connections with them to share the gospel. Through his leadership, the SCBC started the FINISH initiative, a plan of engaging churches in “finishing the task of reaching the nations” in South Carolina.

“We basically help our churches have a missional vision in South Carolina, but also in our nation and around the world,” McAlister said. “It’s interesting how God has brought the nations really to our own doorsteps. We are trying to find out who is here, where they are, who are the ones that are the most underserved, who are the ones that are in need of hearing the gospel,” he said.

“And we’re trying to encourage our churches to — at least with part of their evangelistic strategy — include the people who are from other countries,” McAlister explained. “Obviously, our desire is to share the love of Christ with them (internationals) and build relationships so that they can not only settle in our communities and become part of our fabric, but also find hope through the gospel,” he said.

Walter Ludwick, a former International Mission Board missionary who now serves as a Missions Service Corps volunteer for the North American Mission Board, has started a prayer group via Zoom on the first Thursday of every month to encourage support for ethnic pastors and their ministries, McAlister noted. For the Zoom link, contact Ludwick at theludwicks@gmail.com.

Many of the SCBC’s 32 non-Hispanic language congregations are clustered around the state’s metro areas, with nine in Greenville Baptist Association, eight in Columbia Metro, six in Spartanburg County Baptist Network, and five in Charleston Association.

Ryan Dupree, a multi-ethnic ministry specialist with the SCBC, introduced several of the ethnic pastors, whose ministries the state convention is assisting with training and coaching, in a series of videos on the FINISH Initiative’s web page: www.scbaptist.org/missions/initiatives/finish-initiative/. 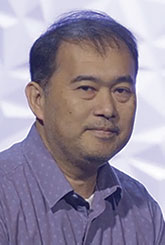 For example, Jake Bolotano, a Filipino church planter in Columbia, migrated to South Carolina in 2007 and began trying to connect with other Filipino families in his a Bible study that quickly grew into a congregation in about six months. 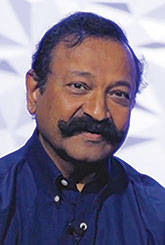 Another — Suresh Jonnalagadda, an Indian church planter in the Greenville area — is leading a fellowship that started with one family in 2012 and has grown to 50 to 60 people gathering on Sundays.

“Many of us think that missions is going to some other country,” Jonnalagadda said, “but, fortunately, in the Lord’s providence and in His economy, the Lord is bringing people to our doorstep here, to the U.S. There are many ethnicities here, many nationalities here … . So, it’s our honor, responsibility and a privilege God has given us to reach out to them with Christ’s love and bring them into the kingdom.”

“When someone like me arrives here, we are coming from a different culture. … Some people don’t speak English. They don’t know where the grocery store is. It’s just different,” said Charles Kenya, a church planter in Spartanburg, who is reaching people from Congo, Uganda and other Central and South African countries. “How wonderful it would be if it is a Christian who finds you, engages you, and shows love,” he added. 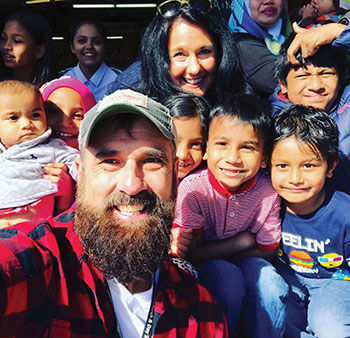 Tim and Jody Cross have a passion for assisting refugees and helping them become self-sufficient. The former IMB missionaries who ministered to refugees living in refugee camps in Europe returned to the States several years ago and are helping train churches here to welcome refugees.

“We have a desire to educate and mobilize the church to love the stranger by being the hands and feet of Jesus,” Cross said. “We have seen hundreds of refugees become successful and productive citizens, not just surviving but thriving in their new home.”

They relocated to Clemson in 2020 and are excited about a growing opportunity to equip teams from more than two dozen churches to welcome refugees coming from Afghanistan.

“We train each team on how they best can assist a (refugee) family over the next six months to a year,” Cross explained. “We talk about the stages of grief, helping without hurting, cultural dos and don’ts, and best practices.

“The outpouring of love, encouragement, and help from the churches has been something amazing to watch,” he added.

Another novel outreach is being coordinated by the SCBC’s Serve Team through the efforts of Angela McNeal. She also is helping churches connect with internationals, particularly those who are teaching in South Carolina schools.

Heart4Schools, a network of churches serving students and teachers in South Carolina, recently discovered that more than 1,100 international teachers from 34 different countries were working in the state’s schools each year. Angela McNeal, who directs Heart4Schools, is bringing together church leaders in the Columbia area to address needs and develop a model for serving international teachers across the state.

“We have such an incredible opportunity to minister to these teachers at a time when they are most vulnerable and alone,” McNeal said. “These teachers are experiencing the love of God as we talk with them, encourage them, provide for some of their physical needs, walk alongside them as they navigate a new city and culture, and help them connect with others in our communities.

“Some of their first impressions have been of the loving kindness of the body of Christ,” McNeal said.

But this doesn’t nearly exhaust the ways South Carolina Baptists are attempting to reach the nations next door, nor does it capture all of the opportunities they have for sharing the love of Christ with soon-to-be international friends.

“In so many ways, God is bringing the nations to us,” Owens concluded. “We can reach many unreached peoples right here in South Carolina.”