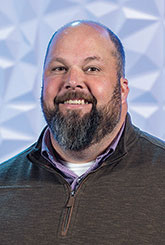 “I feel like the Lord has prepared me for and called me to this position (director of Denominational Relations),” said Bryant Sims, former pastor of Mount Moriah First Baptist Church in Greenwood. He is one of three new people who have joined the South Carolina Baptist Convention staff.

“Having the opportunity to promote cooperation as well as encourage and equip pastors and churches across the state is beyond anything I imagined,” he added. 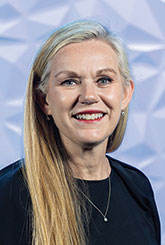 Susan Peugh is the new director of Disaster Relief, replacing Randy Creamer, who announced his retirement recently. She spent 37 years serving with the Home Mission Board (now North American Mission Board) in collegiate ministry in Washington and Idaho and serving as the Send Relief volunteer coordinator for NAMB. She has also served on the national staff of World Changers.

Hollingsworth noted, “Susan is well known by most state Disaster Relief directors and brings a wealth of knowledge and experience to this role. For the past two years, she has served on the staff of Johnson Ferry Road Baptist Church in Atlanta, Ga., as their Global Missions associate.” 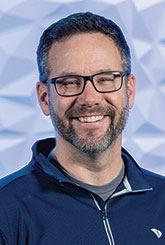 The third member of the triangle of new hires includes Charlie Swain, who will serve as Next Generation mobilization strategist. He has served as the college and high school pastor at First Baptist Church, North Augusta; lead pastor at the Church at Cane Bay in Summerville for nine years; and with the International Mission Board’s North African/Middle East Affinity Group ministering to Muslim people groups in 2020.

Hollingsworth pointed out that the Swains’ daughter’s “rare medical condition necessitated their stateside return in 2021, but we believe God brought them back just to fill this role.” His responsibilities include working directly with the SCBC’s new Palmetto Collective. Hollingsworth said, “We pray our collective will provide a steady pipeline of students and young adults to mobilize for God’s mission here and around the world.”