Leaders at Shandon Baptist Church in Columbia see collegiate ministry as both a sprint and a marathon. It’s four years (or a few more) of young adulthood when weighty decisions can affect both career and family for life. It’s also a time when many relationships with Christ are either begun, tested or strengthened.

Churches have a major role in how faith plays a part. Collegians are “a powerful percent that influences the culture at large,” said Paul Worcester, national collegiate director for the North American Mission Board.

“The harvest truly is plentiful and the laborers are few,” he said recently. “[However,] many college campuses in our nation are less than 2 percent reached, which missiologists would qualify as an unreached people group.” 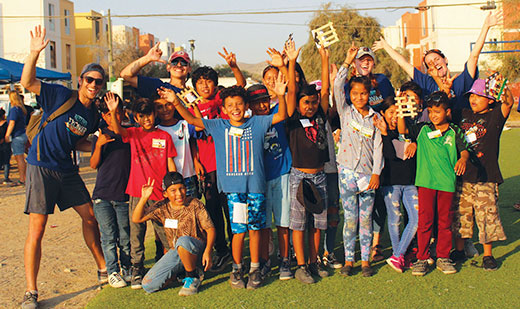 On that note, collegians are one unreached people group highly suited to reach others of that category. Shandon Baptist Church, near the University of South Carolina, has two ministries geared toward college students. Shandon College draws in the typical American student but also works with Shandon International, said the church’s college pastor, Conor Osepchuck.

“We’ve found it helpful to have two ministries, because often international students are looking for something specific to them,” he told Baptist Press. “But we work them together into the larger student ministry such as our group gathering on Thursday nights.”

Those connections have borne fruit. The South Carolina Baptist Convention shared an example on its Life Transformation Stories page. “Wilson,” a student from Hong Kong, learned about Christianity through the church’s college ministry.

An interest in American culture led to his attending a small group, where he met fellow students and saw not only what it meant to be in college, but for faith in Christ to lead in decision-making.

Osepchuck said that while 85 percent of international students never step into an American home, a few years ago Shandon hosted Thanksgiving dinner at a student’s house where the number of countries represented went into the double digits.

“On an event like move-in day where we can be around internationals, the conversation comes pretty easily between students. You know they’ve become committed to the ministry when they continue to invest beyond the quick conversation.”

Keeping missions up front has helped continue those conversations. Shandon collegians have served church plants in Pittsburgh and Denver. The church itself has an established college residency program where students can give up to two years to assist in campus ministry. Other students have responded through the International Mission Board’s Journeyman and Go2 programs. During the summer, students have worked on the U.S.-Mexico border and with international ministries in Washington, D.C.

Worcester said churches, whatever their ministry context, would benefit from connecting with college students.

“God is calling many students in our ministry to dream big dreams for advancing the kingdom, including becoming long-term international missionaries, planting new churches and starting new college ministries,” Worcester said. “This generation is looking for a cause worth living and dying for, and we have the greatest cause on earth.”

The window for connecting with collegians is small. But, Osepchuck said, the impact can be far-reaching.

“We don’t want them to be a part of our church and just have a cool four years,” he stressed, “but to see them follow Christ for the next 70.”